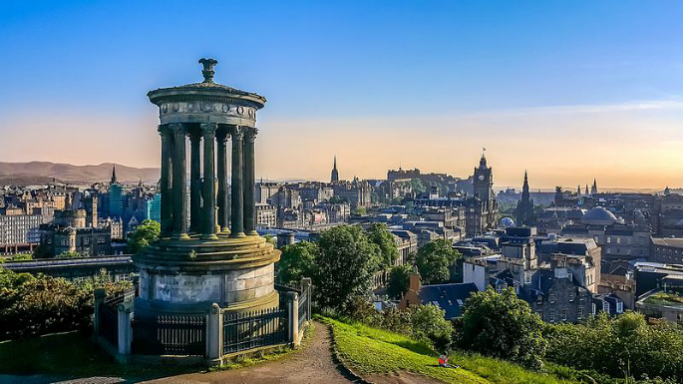 Did you know that Edinburgh is home to the world’s only knighted penguin? That’s right, Sir Olav lives at Edinburgh Zoo. As if that weren’t enough of a reason to follow your dream career in Edinburgh, read on to find out why the Scottish city is the perfect spot for apprentices, graduates and job-hunters.

In this guide we’ll look at the main jobs in Edinburgh. If you click on the related Career Zone, you’ll find loads more helpful information about each sector, the jobs you could do and the skills they require. We’ll cover everything from tourism jobs Edinburgh and retail jobs Edinburgh to NHS jobs Edinburgh.

First, everyone loves a good stat, so let’s take a look at some basics…

Edinburgh is a destination in its own right for shoppers, with a cool mix between huge department stores, mid-size shops and little boutiques. Leading employers include Marks & Spencer, House of Fraser and Next. There are loads of retail jobs Edinburgh you could do – everything from store managers to merchandisers. Don’t forget: doing a fashion apprenticeship is a great way to launch your retail career.

The Scottish city is the UK’s biggest financial centre after London – 34,800 people were working in finance as of 2015. This includes Edinburgh jobs in banking, insurance, pensions and asset management. Roles include fund manager, salesperson, bank manager and loads more. Check out these finance apprenticeships for a way to get started.

Around 4 million people visit Edinburgh every year. Tourists flock to Edinburgh Castle, the National Museum of Scotland, Edinburgh Zoo and loads more places. And that means there’s a huge range of tourism jobs Edinburgh you could do – whether it’s a travel agent or airport staff.

There’s now lots of exciting scientific research happening in Edinburgh. Scientists are investigating cures for diseases like pancreatitis, how to treat animals better and loads more. If you’re interested in a career in science in Edinburgh, some of the leading employers are Roslin BioCentre, Moredun Research Institute and GlaxoSmithKline. To find out if it’s right for you, check out our guides to jobs to do with science and biomedical science jobs.

Edinburgh's many festivals create almost 4,000 jobs. And if being creative is your thing, there are lots of other creative industries jobs and employers in Edinburgh, from major galleries and museums, to digital advertising companies and TV production studios. Check out the skills you’ll need for a creative job, and find out how an apprenticeship can launch your digital media career.

The public sector (and particularly healthcare) is one of the leading employment sectors in Edinburgh. This area creates about 25% of all job opportunities in the city. There are plenty of NHS jobs Edinburgh, as the healthcare provider is the single biggest employer in the area. The possibilities for healthcare roles are (virtually) endless – everything from mental health nurse or psychiatrist to anesthetist or surgeon. You can read about the skills you need for a career in healthcare.

What do people earn from their jobs in Edinburgh?

What are my chances of finding a job in Edinburgh?

The number of jobs in Edinburgh is increasing faster than most other areas in the UK, so depending on the Career Zone you’re interested in, you stand a good chance of finding a job or apprenticeship.

The unemployment rate is also lower than the Scottish average: in 2013, 6.7% of the local working population didn’t have a job.