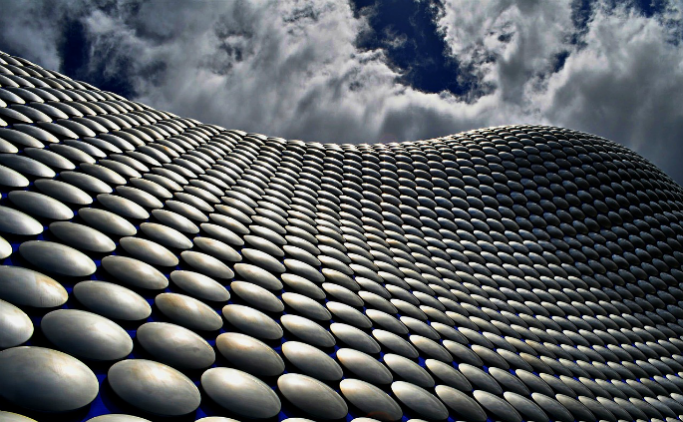 Birmingham used to be called the “workshop of the world”, because it is the birthplace of so many scientific breakthroughs and brilliant inventions.

Custard powder, gas lighting and radiography were invented there. Now Birmingham is home to Cadbury chocolate, the Bullring (pictured above - it's the country’s busiest shopping centre), and Peaky Blinders.

As well as plenty to do, see (and buy!) in Brum, it’s a cool place to start your career. Here we’ll take a look at Birmingham’s main career zones, some of the leading employers and how you can bag yourself a job in the city.

Working in Birmingham: the lowdown

What are Birmingham’s main career zones?

The city is still an important hub for manufacturing and engineering, but there are also lots of jobs in finance, retail and public services. We’ll explore some of the leading career zones and employers.

More than 100,000 people work in the manufacturing and engineering sectors in Birmingham. In fact, during 2013, the West Midlands region as a whole exported goods and products that were worth £19.4bn!

Financial and professional services is another big player when it comes to jobs in Birmingham. A whopping 200,000 workers are employed by these firms – so that includes banking and finance, but also accountancy, human resources, law and insurance. The city actually has one of the largest legal services hubs in Europe.

Birmingham is the third most popular place to shop in the whole country! Around 37.5 million people go there every year for work, shopping and fun! So what that means is a lot of people work in the retail and leisure sectors.

There are also plenty of public sector jobs in Birmingham. That’s the sector that gives

us different government services – including the police, education and healthcare. As of 2015, around 30% of Birmingham’s workforce were employed by the public sector.

What do people earn in Birmingham?

What are my chances of finding a job in Birmingham?

Birmingham is creating businesses at a faster rate than London (check out the stats above to see how many). It’s thought that Birmingham’s economic boom has been helped by the growth of the financial and professional services, and engineering sectors.

In 2013 there were a total of 13,808 vacancies in Birmingham and the surrounding areas. The highest number of vacancies were for nurses, followed by programmers and software developers.

Some of the other popular jobs in Birmingham advertised for were: IT business analysts; architects; primary school teachers; human resources officers; business sales executives; accountants.

So: this all means you’ll stand a decent chance of getting a job in Birmingham – depending on the sector you’re interested in, of course.

If you’re ready to start looking for a new role or work placement, check out our Jobs & Courses page.

Everything you need to know about jobs in London

Job interview tips: your complete guide to succeeding in interviews

How to write a speculative cover letter