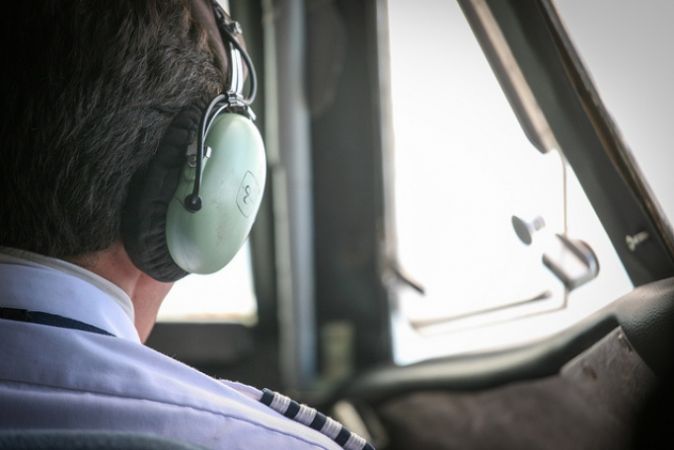 What makes a great job? Is it the salary, the working hours, the variety? At Success at School, we've compiled our very own list of the best jobs in the world. We've based our list on various different factors, some include salary, whereas others are simply based on working lifestyle. In our top ten, you'll find some of the highest paying jobs placed alongside interesting jobs that you wouldn't normally expect to find in a top ten.

'The best jobs in the world according to Success at School'

What is an anaesthetist?

An anaesthetist is a medical doctor who gives patients local anesthetics when undergoing surgery.

What does an anaesthetist do?

They work closely with surgeons and nurses and are responsible for monitoring patients' life functions during medical procedures.

How much do anaesthetists earn?

Throughout the world, but particularly in the United States, anaesthesiology is one of the highest paying jobs on the market. In the UK, the average salary of an anaesthetist is £87,916*. For more information, read our article on how to become an anaesthetist.

What does an airline pilot do?

An airline pilot is responsible for flying planes to destinations all over the world. This glamorous job has made our top ten, not so much because of the salary (although airline pilots are paid well) but because of the travel opportunities that come with the job.

What qualifications do you need to be an airline pilot?

To become an airline pilot, you'll typically need to have five GCSEs including Maths and Physics and preferably two A-Levels. Although it's not essential to have a degree, most airline pilots will have studied at university.

How much do airline pilots earn?

In the UK, the average salary of an airline pilot is £61,672, making it one of the best jobs in the world for both salary and lifestyle. Take a look at our hospitality, leisure and tourism career zone for more information on careers in travel.

Training to be a surgeon can take between 7 and 14 years, but is one of the best jobs in the world.

What does a surgeon do?

A surgeon carries out medical procedures on patients in hospital using medical tools and technology. A surgeon typically works in a team with other surgeons and assistants.

What qualifications do you need to become a surgeon?

In order to become a surgeon, you'll need to have A-Level qualifications in Science subjects in order to be accepted in to university to study medicine. Becoming a surgeon can take some time as there is a lot of study required. A medical degree typically lasts four years, and medical residencies can last anywhere from 3-10 years.

How much do surgeons earn?

The average salary of a surgeon in the UK is £67,099, making it a high paying job. Given the responsibility you have as a surgeon, we consider it to be one of the best jobs in the world.

What is a Chief Executive?

A Chief Executive is the highest position available within a company or organisation. As a Chief Executive, you could work for a company with as few as one employee (yourself) or with thousands.

What do Chief Executives do?

Chief Executives are generally responsible for making important decisions about the future of a company. The are responsible for ensuring that an organisation operates as it should and makes money.

How much do Chief Executives earn?

The average salary of a Chief Executive in the UK is £99,576. However, this figure varies greatly from company to company. This job makes our top ten list of the best jobs in the world, not because of its high salary but because it can enable you to be your own boss and work for yourself.

What does a lawyer do?

A lawyer helps people who are having legal trouble. Their job involves settling legal disputes and representing people in court where necessary.

What qualifications do you need to become a lawyer

In order to become a lawyer, you'll need to have good passes at A-Level. Competition to study law at university can be tough and it typically takes 4 years to complete a law degree. Once qualified, it can sometimes take a further 3 years training with a law firm before you can practice. If you're interested in a career as a lawyer, find out more on our law career zone.

How much do lawyers earn?

The average salary of a lawyer in the UK is £43,264. We've added this job to our best jobs in the world because of the variety that the profession has to offer.

Architects are responsible for shaping our towns and cities.

What does an architect do?

An architect designs buildings that shape the built environment around us. An architect typically spends time working on technical drawings and blueprints.

What qualifications do you need to become an architect?

To become an architect, you'll need to complete a 5 year university course recognised by the Architects Registration Board (ARB). After graduating, you'll also need to have 2 years professional experience.

How much do architects earn?

The average salary of an architect in the UK is £33,007. We think working as an architect is one of the best jobs in the world because you'll be responsible for designing buildings that will be around for hundreds, even thousands of years.

What does a video game tester do?

A video game tester is employed by games production companies to test their latest video games and give their feedback on the product.

What qualifications do you need to become a video game tester?

In general, you don't need any qualifications to become a video game tester but it's a popular job. You will need to be passionate about video games and their productions and be able to communicate your feedback in a clear way.

How much do video game testers earn?

Many video game testers work on an 'as needed' basis or as freelancers, so salaries will vary. According to the website Payscale.org, however, the average salary of a full-time games tester is £17,819.

What is an entrepreneur?

An entrepreneur is someone who owns or invests money in several businesses. An entrepreneur can work over many different industries or specialise in one particular area.

What does an entrepreneur do?

Although this role is very varied, an entrepreneur, typically looks for investment opportunities in order to make money. They often start their own businesses, rescue failing businesses by investing money in them or become involved in large, well-established companies.

How much do entrepreneurs earn?

It's very difficult to calculate the average salary of an entrepreneur. Successful investors can make millions, whereas unsuccessful entrepreneurs may never make anything and actually find themselves in debt. Although being an entrepreneur comes with a lot of risk, we think it's one of the best jobs in the world because it's so diverse. If you're interested in becoming an entrepreneur, take a look at our entrepreneur career zone.

If you fancy being location independent, working as a freelancer could be for you.

What does working freelance mean?

Being freelance means working on a contract basis rather than as an employee of a company.

What do freelance writers and designers do?

Freelance writers and designers typically write/design for creative agencies or private clients over a range of different industries. Because freelancers work contractually, they are usually free to work from anywhere.

How much do freelancers earn?

What do songwriters do?

What qualifications do you need to become a songwriter?

In essence, you don't need any qualifications to work as a songwriters although the industry is very competitive. You'll certainly need to have a good grasp of English and Music and understand what makes a good song.

How much do songwriters earn?

The average salary of a songwriter varies greatly. If you're successful, you will earn royalty fees every time your song is covered by an artist or used in a TV commercial, which can be very lucrative. Most songwriters however, remain at amateur level and don't usually make any money from their efforts. We've included songwriter among the best jobs in the world as the recognition you can potentially receive can be huge. For more information on becoming a songwriter, take a look at our performing arts career zone.

*Average salaries based on information provided by Payscale.org.

What are Key Skills? Employability Skills to Help You Get a Job

How to Balance Work and Study as a Student

Being Your Own Boss: What Does it Take to Work for Yourself?