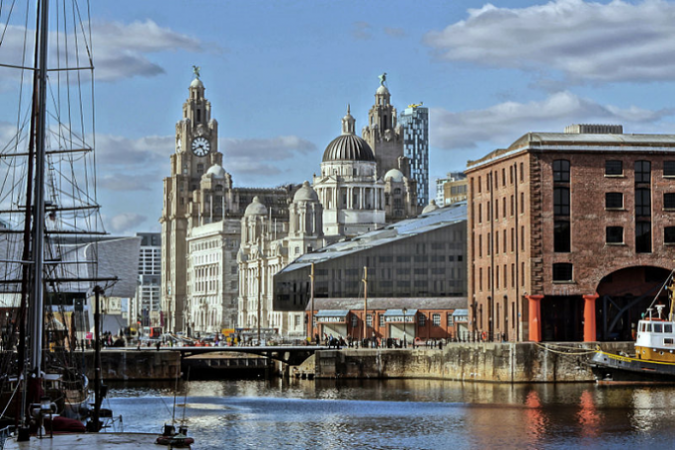 Liverpool was voted one of the best cities in the UK for work-life balance. The north-west city is multi-cultural with friendly people and loads to see and do.

So if you’re thinking about searching for Liverpool jobs, read on to find out about the main career zones and who you could be working for.

Working in Liverpool: the facts

Let’s take a look at a few facts and figures that make up Liverpool today.

What are Liverpool’s main career zones?

Here we’ll take a look at some of the most popular sectors you could work in and what jobs in Liverpool are available.

Healthcare is responsible for a large proportion of Liverpool jobs. In 2011 this sector held 16.7% of local employment. There are actually 13 hospitals in the greater Merseyside area, so there are plenty of NHS jobs Liverpool. Roles include doctors, nurses, mental health professionals, anaesthetists, surgeons, physiotherapists, paramedics and plenty more. If you’re thinking about applying for NHS jobs Liverpool, start by reading our guide to the skills you need to work in healthcare.

57 million people visited Liverpool in 2012, visiting iconic sites and locations like Penny Lane, which was made famous by The Beatles (in fact it’s thought that the band add around £82 million every year to Liverpool’s economy). There are also plenty of galleries, museums, historic sites and hotels for tourists to visit and stay in. that all means there are plenty of travel and tourism jobs – around 45,900 of them to be specific.

One of the growing employment sectors in the city is scientific research. There has been a big investment in life sciences, with specialist areas including infection, veterinary science and children’s health. Liverpool is a great place if you’re interested in launching a career in biomedical science.

What my chances of getting a job in Liverpool?

This year there was a big rise in available jobs in Liverpool, with nearly a 20% rise in vacancies. Make sure your cover letter and CV are up to scratch, and read our guide on applying for your first job.

What could I expect to earn in Liverpool?

Earnings in Liverpool are slightly below the national average. In 2015, the average annual full time pay was £27,554.

Main image and Liverpool ONE via Wikimedia Commons.