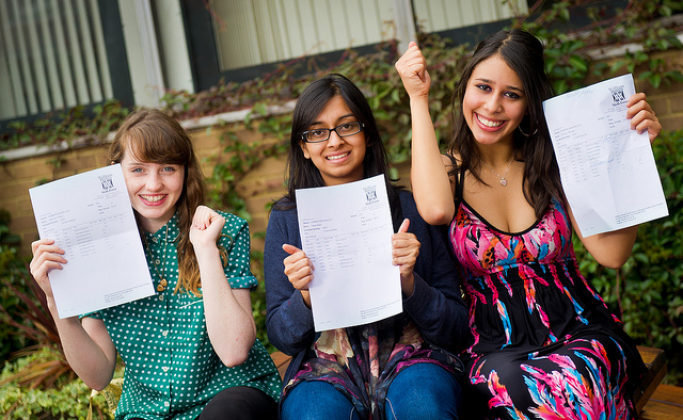 A-levels are the traditional qualifications that are offered by schools and colleges for students aged between 16 and 19.

Short for Advanced Level, A-levels come after GCSEs. They usually focus on academic subjects, compared to vocational qualifications like BTECs and NVQs, which are more practical. There are more than 40 different A-level subjects on offer – some will be subjects that you studied at GCSE and others may be new.

A-levels are highly valued by employers and universities so they can open up lots of doors to further study and careers.

How do A-levels work?

Students choose which A-level subjects they want to study when they are doing their GCSEs, and admission is usually dependent on your GCSE grades.

You generally need at least five GCSEs at grades 4-9 / A*-C to be able to take A-level subjects. Sometimes you also need a 5 / B or above at GCSE in the subject you want to take at A-level. But this varies depending on the school or college you’re going to so make sure you check this.

You usually study three or more A-levels over two years and they are assessed by a series of exams. You may also study AS-levels or vocational qualifications at the same time.

Where can I study A-level subjects?

You can study A-levels at school, sixth form or college. You don’t need to stay at the school where you did your GCSEs. For more information have a look at our advice about options after GCSEs.

Most people study A-levels full-time but you can also study them part-time at some colleges.

What is the difference between an AS and A2?

AS levels are basically half an A-level – they give a broad understanding of a subject but not in as much detail.

But this has now changed.

This means that they won’t form part of an overall A-level grade. So you’ll only take your AS exams at the end of your first year and you’ll need to take all the exams for your A-levels at the end of the two-year course.

What does linear and modular course mean?

The new A-level will be linear, rather than modular. What does this mean? Well, you’ll take all the exams at the end of the two-year course rather than being assessed after each module.

There may be a bit of coursework but the majority of assessment will be through the  exams at the very end of your course. If the idea of exams makes you nervous, we've got you covered! Read our A-level revision guide to ace the exams.

Are A-levels right for me?

If you enjoy academic learning and want to study a broad range of subjects, they could be the perfect option for you.

If you're sure that you want to go to university then they are worth considering. They are valued by universities, and also employers. Some universities require A-levels for certain courses and they won’t accept vocational qualifications.

They are good if you don’t know what you want to study at university, or haven’t pinned down your ideal career yet, because they keep a lot of options open.

A-level subjects are just one of many post-16 options and they are not for everyone.

If you already know exactly what career or trade you want to work in, you might find that a vocational qualification or apprenticeship is a better fit.

We know it's not easy to figure this out, so to help - we'll now take a look at the careers that you will need A-level subjects for.

Some careers require you to have a degree, and you need to have certain A-levels to get a place on that degree.

Which? has put together a handy guide showing what A-levels you need for the degree you want to study. Some common ones are:

If you have a certain degree or career in mind, it’s really important that you have a look at the entry requirements to those courses when choosing your A-level subjects so you don’t find yourself in a dilemma when applying.

If you have no idea what you want to do next, then you’re better off choosing a more general subject – read the next section to find out why.

Which A-levels give you the most options?

There are some A-levels that help you to keep your options open. These are known as facilitating subjects. They are:

The more of these you choose, the more university courses you will find are open to you when you start applying. So if you're not set on a particular degree or career, it's worth looking at these facilitating A-level subjects.

Some universities have a list of A-level subjects they prefer (to see an example, have a look at the University of Sheffield’s). Some even actively discourage students from taking certain subjects.

How are A-levels different from GCSEs?

There’s quite a big leap in difficulty level between GCSE and A-level. A subject that you thought you’d got your head around will suddenly become a lot more complex!

You’ll be studying things in more detail and you’ll probably find that your teacher or tutor expects a lot more independent study and engagement from you than they did at GCSE level.

A-levels are just one option. Check out our article on post-16 options to find out what you can do after your GCSEs.

How to get your first job

What is the International Baccalaureate (IB) Diploma?

Tags: what are A-levels? How do A-levels work? a-level subjects