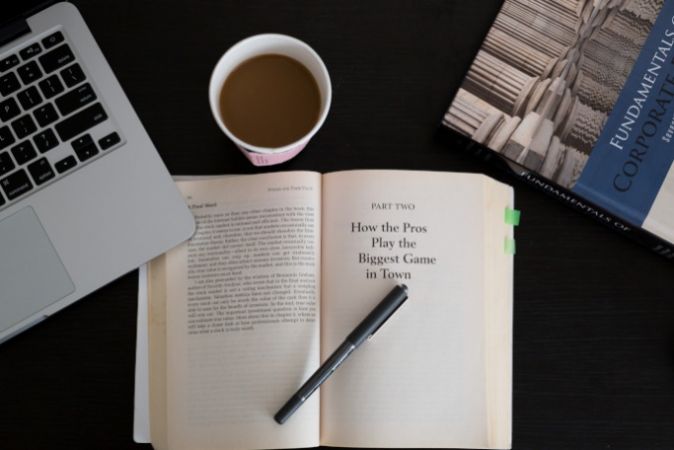 The International Baccalaureate Diploma (IB) is a course for students aged 16-19 – it’s internationally recognised and is studied by young people at schools around the world.

The IB is one of four learning programmes offered by the International Baccalaureate educational foundation.

In the UK, it’s an alternative to taking A-levels or vocational subjects after you’ve done your GCSEs.

Until recently, the IB Diploma was only taught in a handful of independent schools in the UK, but it’s becoming more popular, and is now offered as an option in some state schools too.

However, it’s still very rare compared to A-levels and vocational qualifications. According to the Daily Telegraph, last year IBs made up about 1.2% of qualifications in university applications. As of April 2015, only 135 schools in the UK offered it – and only 56 of these were state schools.

Where can I study the International Baccalaureate Diploma?

You can visit the International Baccalaureate Organisation to search for schools that offer the IB.

How does it work?

The IB is a two-year course, and it’s made up of three core elements (that are compulsory) plus six subjects that you choose.

The core elements are:

You’ll then choose six subjects, three that you want to take at standard level and three at higher level. Read on to find out more about these.

What subjects will I study?

You’ll choose a subject out of each of the following categories:

You can see the full curriculum and all the subjects available to choose from on the International Baccalaureate Organisation’s website.

How is it assessed?

Your grades will depend mostly on written exams at the end of the course, just like A-levels.

But you’ll also do coursework (including two essays), which count towards your final grade.

Each of the subjects you take is marked out of seven, (so with six subjects that’s a maximum of 42 points in total) and you can get up to three extra points for your essays.

How is it different to A-levels?

The biggest difference is that you’ll have more options when choosing subjects because you pick six, rather than three or four like most people do with A-levels. This could be a plus for you if you love a range of subjects.

There are also compulsory elements in the IB that you have to do, including extracurricular activities, whereas you don’t have to pick any specific A-levels.

In terms of assessment, IB and A-levels are quite similar in that most of your grade comes from final exams – however, there’s a bit more coursework in the IB, like the 4000-word extended essay, which is a bit like the essays you would do at university.

Some people say that the IB is harder than A-levels. This is because it’s more intense and involves a lot of study.

What are the benefits of an IB Diploma?

Supporters argue that the IB teaches you excellent skills for life and prepares you really well for further study and for the world of work.

Universities around the world accept the IB diploma, so this is a plus if you’d like to study overseas. In fact, it’s so well respected that some universities (including a handful in the UK) have even made lower offers for IB students.

Plus, the IB has an international focus and, because you’ll study a second language, you’ll be well prepared for the increasingly globalised world we live in. Having a second language could really help your CV and future career.

You’ll study a broader range of subjects than you would if you took A-levels or vocational subjects, and you’ll be encouraged to think independently, which supporters of the IB say gives you a more rounded education.

You’ll also get involved in extracurricular activities as part of the course, like community activities, sport and volunteering – all great for teaching you key skills and boosting your CV.

This infographic shows some of the reasons why the International Baccalaureate foundation thinks the course benefits students, including the non-academic skills it teaches you: 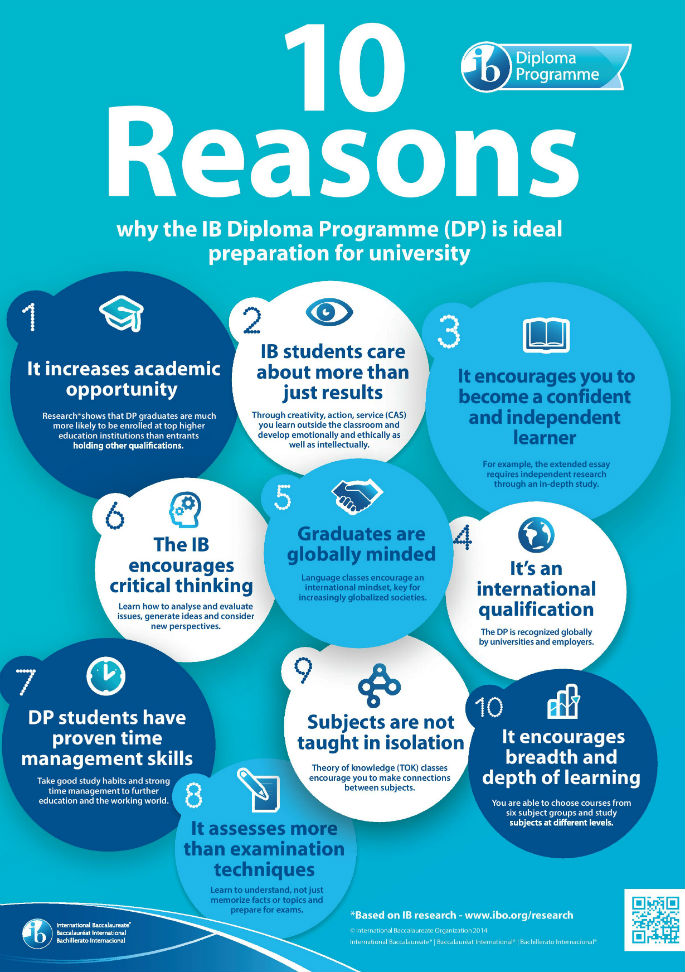 Are there any downsides to it?

Some people really like the way A-levels and vocational qualifications let you specialise in just three or four subjects after GCSE. With the IB you’ll have to take six subjects. This could mean that you end up studying subjects you’re not really into.

The IB has a reputation for being quite intense and demanding. If you don’t enjoy studying and you’ve had enough of academic subjects, then a vocational qualification might be better for you.

Not many schools offer the IB so, even if you have your heart set on taking it, you may find that it’s not an option at your local school.

Will it affect my university application?

Not really. Whether you’ve done A-levels or the IB is not as important as what subjects you’ve studied and your predicted grades.

In the UK you’ll apply through UCAS like everyone else. Universities around the world recognise the IB, but most also recognise A-levels too.

The top universities in the UK generally like students to get between 32 and 40 points and you’ll usually be expected to have studied a subject related to the course you’re applying for at higher-level (and to have got a good score).

Where does the IB come from?

The IB was first introduced back in the 1960s for international students (like children of diplomats who weren’t living in their home country) whose parents wanted them to have an education that wasn’t tied to any particular country.

It was created by teachers in Geneva and, for a long time it was only really offered in international schools. But in recent years it’s become more popular and now more than 4,200 schools across the globe offer IB programmes.

Are you studying for GCSEs and considering your next steps? Have a look at our post-16 options to get started and don’t forget to check out our articles about vocational qualifications and A-levels to find the right path for you.