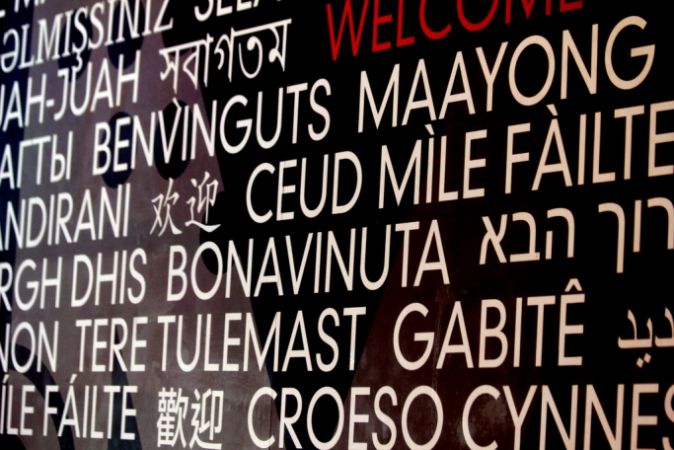 Have you ever gotten stuck trying to ask for directions or ordering food abroad?  Perhaps you have watched a foreign film and wished you didn’t need to read the subtitles? Whether you dream of living overseas, travelling the world with work and helping people communicate: gaining language skills can help you.

Before, we begin, for more advice on studying languages at university, you might want to take a look at our 60 Second Interview with a History and French Student.

What languages can I learn at school?

Typically, the main Modern Foreign Languages (MFL) you can take at GCSE and A-level are French, German and Spanish. But that’s not all! Depending on your school, the adventurous can choose from an exciting array of languages, including: Afrikaans, Portuguese, Italian, Mandarin Chinese, Polish, Russian and Japanese.

Find out more: Our Languages Subject Guide links what you learn in class to your career

If you’re a history buff, you can also take choose ‘Ancient Languages’, which includes Classical Greek and Latin. And why not? You may as well…carpe diem! (“seize the day!” Yeah, we had to say it).

What skills will I get from studying a foreign language?

The ability to speak another language, of course! Ok, that’s an obvious one but there’s more to it than that. Learning a foreign language can build your communication, interpersonal, intercultural, and public speaking skills - otherwise known as ‘soft skills’. Some studies have also shown that learning another language can improve your ability to multi-task and block out distractions. That would definitely come in handy during exam revision…

What careers are foreign languages good for?

Languages are great for a wide variety of careers especially those involving translation or communication with people from non-English speaking countries. This can include careers in tourism, government, politics, media, publishing, and journalism.

You can also work in education, fashion or law! Learn more about where languages can take you in your career.

What subjects do languages go with?

Languages go well with subjects like English Literature, History and Geography as they are closely linked and can inform each other. Learning a bit about the French Revolution in history? Knowing some French could give you a whole new perspective! Comme il faut!

What degrees and other qualifications do I need languages for?

Entry requirements for language courses at university tend to vary across institutions. If you want to study a language such as  French or Spanish at university you will need to have studied it at A-level as an entry requirement. Some universities, like University College London, require a Modern Foreign Language GCSE for entry across all of its degree programmes.

Bear in mind too that languages are classified as facilitating subjects: which are subjects favoured by top universities for a whole range of degree courses, so they are a great option, whatever you want to do!

Other subjects in our Why Study? series:

For more information about studying languages, check out our post Seven Jobs Where Foreign Languages Come in Useful.