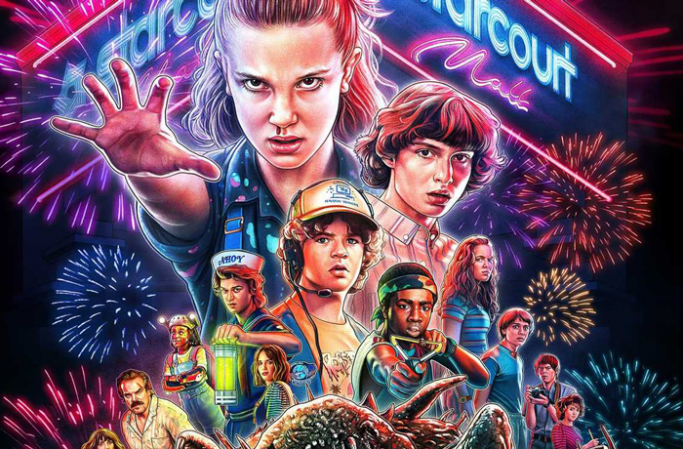 If you haven’t seen Stranger Things yet you’d better catch up, as Season 4 is on its way to Netflix next Spring.

In this month’s blog, we take a look at 5 jobs you could do if you were a character in Stranger Things.

Jim Hopper – better known as “Hop” – is Hawkins’s chief of police, despite having a somewhat cavalier attitude to the law. He plays a crucial role in defeating the Demogorgon and the Mind Flayer in all 3 seasons of Stranger Things. Police services in the UK are structured differently to in the United States and chief constables are in charge of much larger forces than small-town sheriffs like Hop.

Most likely to say: “Mornings are for coffee and contemplation”

Chief constable is the most senior rank within a police force and it will take many years to reach this position. A prerequisite of serving in the police is completing a 2-year probationary period known as the initial police learning and development programme (IPLDP). To become chief constable, you will rise through the ranks through service. As a senior leader within the force, you will be expected to hold a relevant level 7 qualification.

Dr Brenner may be the calculating and manipulative scientist who separated Eleven from her mother at birth, but in reality, the chief scientific officer (CSO) at an organisation is usually driven by the desire to advance scientific understanding and make a positive contribution to society. The CSO generally has a scientific background but carries out a strategic management role to improve the company’s ability to run its scientific operations.

Most likely to say: “You have a wound, Eleven. A terrible wound... and it's festering”

CSOs typically hail from a strong technical background, holding a PhD in a particular scientific field, with biotechnology being a common specialism for many CSOs. It can take between one and three decades working in the industry before achieving the rank of CSO.

Nancy defies her sexist male colleagues while taking an internship at the Hawkins Post, where she and Jonathan investigate the town’s latest supernatural goings-on. Oh, and what little professional integrity Nancy’s co-workers did have is called into question when they are all possessed by the Mind Flayer - which Nancy and Jonathan eventually foil with the help of the others. In real life, many of the most important stories of our time are broken by investigative journalists, who put in the hard graft of researching their subjects and building a network of trusted contacts willing to talk to them about controversial – sometimes dangerous – topics.

Most likely to say: “I want to finish what we started. I want to kill it”

In an era of tough competition, a journalism qualification accredited by the National Council for the Training of Journalists (NCTJ) is a must for anyone wanting to enter the industry. Beyond this, reporters often end up pursuing investigative journalism because of their tenacity, curiosity and determination – as well as their ability to join the dots and sniff our stories based on chance encounters or throwaway comments.

Mr Clarke is the ideal science teacher, always ready to share his knowledge and love of science with Mike, Eleven and the others – no questions asked. It’s thanks to Mr Clarke that the gang learn how inter-dimensional travel works and save the world. In some ways, a good science teacher plays the same important role in real life – inspiring us with an interest in science and helping us understand concepts which will become foundational as we develop a deeper understanding of biology, chemistry and physics.

Most likely to say: “As I tell my students, once you open up that curiosity door, anything is possible”

To become a science teacher, you will usually need a degree in biology, chemistry, physics or a more specialist area such as astrophysics or biochemistry. Some science teachers have a degree in maths or engineering instead. To teach in the state sector, you will then need to complete a teacher training programme such as a PGCE, Teach First or School Direct to gain Qualified Teacher Status (QTS).

Seemingly a bit of a crank, Murray turned PI after a career in journalism and in Stranger Things is hired by Mr and Mrs Holland to investigate the death of their daughter Barbara at the claws of the Demogorgon. He reappears later in the series when Hop and Joyce ask him to act as an interpreter for their Soviet hostage, Alexei. We hear that Murray may play a bigger role in the upcoming Season 4 of Stranger Things. In real life, PIs carry out investigative work for private clients, from tracing missing pets or relatives to running background checks for employers.

Most likely to say: “Your priest, your postman, your teacher, the world at large. They won't believe any of this”

Currently, PIs do not need any formal qualifications. However, this is under review by the government and in future it may be necessary to undertake a formal qualification and get a licence from the Security Industry Authority (SIA) in order to practise. PIs often come from an investigative journalist or police background.

If Strangers Things has got you fired up, wait till you check out these 5 jobs in Star Wars you could actually do.