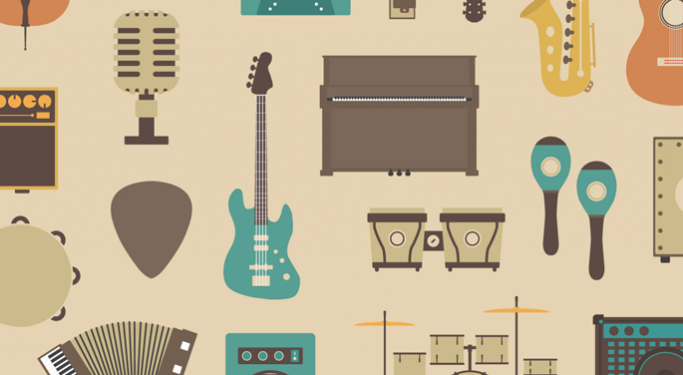 The music industry is an exciting place – it’s also a busy one. From spotting and signing new artists and organising epic international tours to designing album art and getting the next big thing out there to the fans – there are plenty of jobs in the music industry for you to choose from.

In this article, we look at 6 very different career paths you could go down – and explore what you need to do to get a foot in the door in this popular (and very cool) industry.

'Explore 6 cool jobs in the music industry, from songwriting to production to journalism'

Who knew you could be a songwriter for a living? Some of the biggest acts around actually don’t write their own tunes, it’s done for them by a professional songwriter – who are sometimes the producers who work with them to orchestrate the recording. TV shows, video games and movies all need a score, while jingle writers create music for adverts – these soundtracks are then developed by orchestrators and adapted for use by an arranger. DJs create a new musical experience as well – mixing and sampling tracks and beats to produce something original each night.

Number of people working in this field in the UK: 2,900

Producers are the in charge of the recording process, working with the artist to decide the instrumentation and “feel” of the final recording, and directing production in the studio. Studio managers are responsible for the smooth-running of the studio, preparing it for recording sessions and taking care of the practical maintenance of the site. Engineers set up and operate the recording equipment (recording engineer) and mix the different sound elements (vocals, guitars, rhythm and so on) to achieve the best possible sound quality (mix engineers). Backing singers and session musicians work with different artists to provide the musical talent needed for the recording.

The record industry finds artists, gets their music recorded, then publishes, promotes and sells their records. Artist and repertoire (A&R) people find great news acts by going to gigs (often several in one night) and hanging out with other A&R bods to read the mood.

Once an artist has been signed and is on the way to producing a record, marketers come up with a “plot” to get them maximum publicity – often creating a buzz with existing fans and working with others, such as the publicity manager, to get radio airplay and exposure before the big release. Licensing representatives pitch artists’ music for use in films, ads and on TV.

Market researchers keep their finger on the pulse of buying habits (eg CDs, downloads, streaming) as well as the latest trends to influence marketing campaigns and the most profitable artists to sign. Salespeople deal with retailers and wholesalers (people who buy in bulk to sell to retailers) to sell as many copies as possible, while making sure enough records are in stock.

Touring is big business and it takes a lot of very organised people to make sure things go smoothly. The tour manager is responsible for scheduling the tour and organising venues to play at, as well as the transport needed – they also work with the tour coordinator to manage the finances and make sure the tour stays on budget. Publicists work to promote the tour, organising press coverage, interviews and any advertising or marketing campaigns to spread the word.

On tour, advance agents head to each venue before the event to check out the equipment, layout and size of the location. You’ve probably heard of roadies – they’re a very talented team of people responsible for looking after and tuning instruments and equipment, and doing things like programming lighting. The sound technician makes sure sound mix is top quality on the night of the gig, while other technicians make sure the lighting is properly coordinated to the music and working correctly.

Record companies and publishers sometimes hire their own designer (or design team) who is responsible for coming up with album art and merchandise design. Others work with external agencies or freelancers. Some album artists get to be very famous and highly sought after by well-known music artists – in fact, famous artists including Andy Warhol, Banksy and even Salvador Dali have also designed album art. Don’t worry though, you don’t have to be famous to be design an awesome record sleeve!

How to get ahead

You’ll need to research the particular job you’re interested in to find out what experience, skills and qualifications you need to give yourself the edge – and how easy it’s likely to be to find a job in that area. We can tell you that the number of jobs in the music industry is on the rise – with around a quarter to be found in London.

You might be surprised to learn that nearly half (46%) of people in the industry are work for themselves as freelancers rather than as employees of a single company. Over a third have a foundation degree or higher, and only 8% have no qualifications whatsoever. If you need particular qualifications to do your job, you may be able to pick them up in work with an apprenticeship.

Some tips on getting ahead in the industry:

Are there apprenticeships in the music industry?

An apprenticeship is a paid job with training which gives you the chance to work towards qualifications to help you do your job. Apprenticeships are available in a variety of jobs in the music industry, in particular in including promotional, marketing, events and record label roles.

If a career in music sounds pretty cool, why not check out other career paths in our Performing Arts Career Zone.