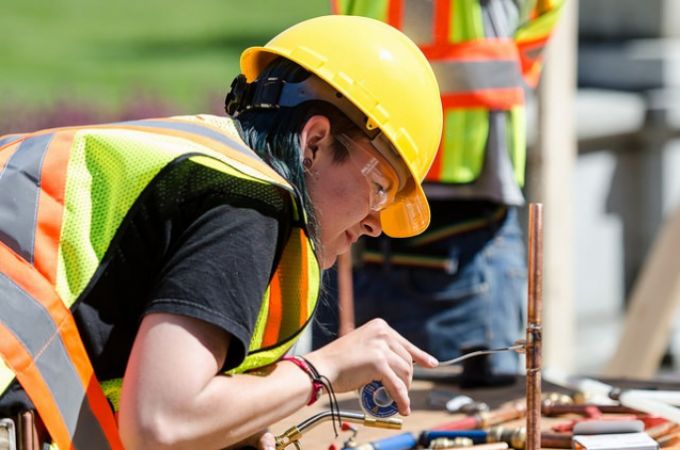 One of the first things you’ll want to know before deciding whether an apprenticeship is for you is how much you'll get paid.

On average, an intermediate or advanced apprentice will earn £4.30 an hour (median wage). But you might be surprised to learn that there is a minimum amount your employer has to pay you by law if you are an apprentice.

What is the minimum apprenticeship wage in 2021-22?

Currently, the national minimum wage for apprentices is £4.30 per hour.

The minimum apprenticeship wage applies to those aged 16-18, and those aged 19 or over who are in their first year. All other apprentices should be paid the national minimum wage for their age, or more.

What is the UK national minimum wage in 2021-22 and how does this affect apprentices?

Apprentices aged 19 or over who have completed at least one year of their apprenticeship are entitled to the national minimum wage.

There is also something called the "national living wage". This is basically a minimum wage for people aged 23 and over. It was introduced in April 2016 and is currently £8.91 an hour.

So what is the minimum I will earn?

All this can be quite confusing, because the minimum apprenticeship wage you can earn is linked to your age and how long you've been an apprentice. Take a look at this table to see what you will earn as an apprentice (the information is correct as of the 1st April 2017):

Can I earn more than the minimum?

Although these rates may seem quite low, many employers actually pay more than the UK national minimum wage and trade unions often push for employers to pay over and above the minimum rate too. The average (median) amount intermediate and advanced apprentices earn is £6.96 per hour.

Can employers pay me less than the apprenticeship wage?

No, it is illegal for your employer to pay you less than the apprenticeship wage.

I started my apprenticeship before the increase. Did my pay go up?

Remember, the rates above are legal minimum rates and very often, employers do pay apprentices more than this. As you become more experienced and gain more responsibility in your apprenticeship, it’s recommended that your pay should go up to reflect this.

Although you may not be earning a lot to begin with, over time, you will start earning more. When you complete your apprenticeship and take on a permanent job, it's very likely your pay will go up again.

Thanks to the apprenticeship wage, you get the opportunity to "earn while you learn" and as long as you’re under 24 years old, the government will pay for your training.

Now I know what I'm entitled to. But what can I expect?

Above and beyond the legal minimum, your pay rate is set by your employer.

This means the amount that apprentices are paid varies workplace to workplace, and there are some external factors that come into play like the cost of living in your area. In London, for example, the cost of living is higher than elsewhere in the UK, so people tend to earn that little bit more.

If you like the idea of 'earning while you learn' but want to study for a university degree, have you considered doing a Degree Apprenticeship? This way, you can combine workplace training with university study, and get paid the minimum apprenticeship wage or more.

If you're considering an apprenticeship, be sure to read these articles...

Everything you need to know about apprenticeships

Should I apply for an apprenticeship or university?

The Most Common Myths About Apprenticeships