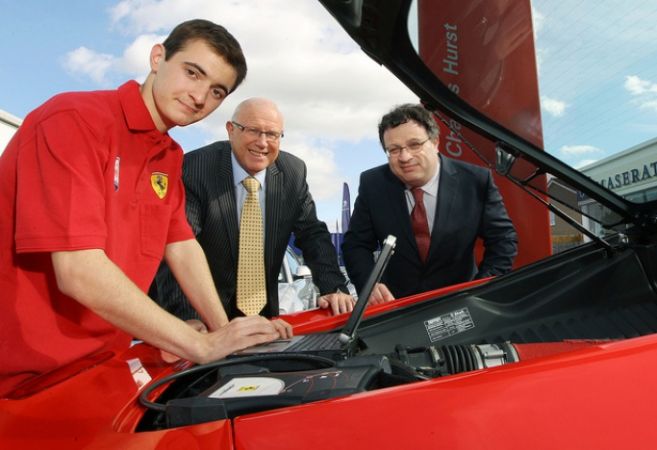 Following the new UK Government’s plans to increase the number of apprenticeships available to young people, it was announced earlier this week that a further 3 million apprenticeship schemes will be created in the UK.

So, great news for secondary school leavers but is an apprenticeship really the way to a well-paid, fulfilling career? In this post, we dispel some of the most common myths about apprenticeships to help you make an informed decision about whether you should apply for one.

I’ll be working for Minimum Wage

It’s a common myth that apprentices aren’t paid very well during their training. In the UK, there is a national minimum wage for apprentices and this applies to all 16 to 18 year olds and those aged over 19 in the first year of their apprenticeship. As of April 2020, the minimum hourly rate for an apprentice in the UK is £4.15 per hour.

However, if you’ve been put off the idea of applying for an apprenticeship because of low pay, then you might want to think twice and reconsider the option. According to skills organisation Union Learn, unions generally try to negotiate higher pay rates for apprentices, well above the minimum wage.

I Won’t Gain Any Qualifications

For many students, the alternative to applying for an apprenticeship is going to university to study for a degree. A lot of students think that because apprenticeships are work-based, they won’t have the opportunity to gain any qualifications during this time.

Well, this couldn’t be further from the truth.

Some types of apprenticeships allow you to study for a range of academic qualifications from a foundation degree to a master's – in other words, an apprenticeship doesn't stop you gaining advanced academic knowledge as well as practical.

Companies who offer apprenticeships have strict guidelines to adhere to, so it’s unlikely that you’ll be spending your time making tea and coffee for other people. Throughout your apprenticeship you’ll have a lot to learn, so if you do find the time to make teas and coffees, you’ll probably be glad of the break!

This myth ties into something bigger. A lot of students think that because they’ll be new to the job that others will try to take advantage and give them all the menial tasks that no-one else wants to do. Whereas some requests may be unacceptable, others requests will just be a part of your role and things that you’ll need to learn at some point anyway.

If you ever feel that you’re being treated unfairly during your apprenticeship, you should take action and either speak to management, or if you haven’t already, you should join a trade union, who can provide you with support.

All the Best Apprenticeships are Spoken for

Despite the common belief that apprenticeships are reserved for friends and family of existing employees, everyone has to apply in exactly the same way. The process of applying for an apprenticeship involves completing an application form and then attending an official interview. With the Government’s plans to introduce more apprenticeships in the UK, if you send a good application, you have just as much chance as anyone in securing an apprenticeship with a company.

Apprenticeships are for People Who Don’t Get into Uni

We hear this one all the time, and it simply isn’t true. Studying for four years at university with little money and potentially a lot of debt at the end of it, isn’t everyone’s idea of how to start a career. Many students who were academic in secondary school decide not to apply for university as they’d rather spend their time learning while being paid.

In most cases, apprentices graduate with money in their pockets and they then go on to secure full-time positions with companies who pay very good salaries. Throughout the same time period, someone who might have went to university, may never have gained first-hand experience of working, which then puts them at a disadvantage when it comes to applying for jobs.

If, after reading this, you’ve changed your mind about applying for an apprenticeship, then you should check out our post All About Apprenticeships, where we provide all the information you’ll need before deciding if an apprenticeship is for you.