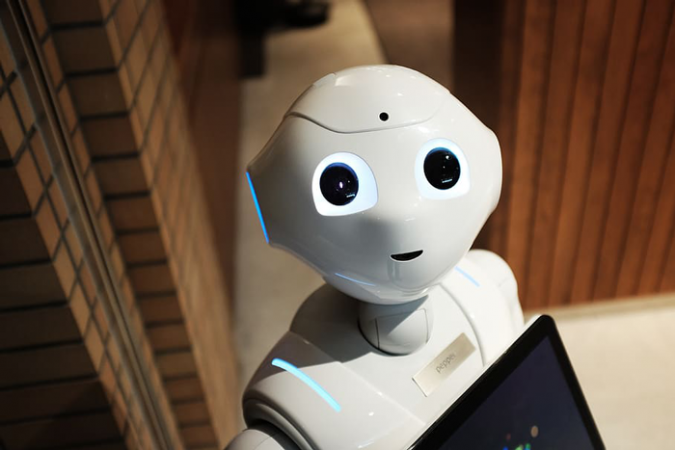 Rapidly developing technology and the threat of climate breakdown means that the world of work is changing rapidly. Although this change can be scary, it also presents many opportunities for the next generation of workers.

In this guide we explore why the workplace is transforming and list one future-proof job linked to each school subject.

'As the world of work adapts to the fourth industrial revolution and climate change, we look at future-proof jobs for each subject'

Why is the workplace changing?

We’ve entered the Fourth Industrial Revolution, which according to the World Economic Forum means “both huge promise and potential peril”. Automation and artificial intelligence (AI) will lead to the disappearance of some jobs while creating many more in the tech sphere.

Bus drivers, builders and even accountants could be replaced by computers and robots, while new roles such as AI engineer, human-machine interaction designer and process automation specialist will all emerge. Whatever implications changing technology has for the world of work, most experts agree that this new revolution shows all the signs of being even more dramatic than the first three.

Humanity also faces the unprecedented challenge of the climate and ecological emergency. Although this presents a huge threat, it will also create all sorts of jobs across every area of society. Fields to look out for include renewables and energy, housing, agriculture, health and transport. Our response to climate change will also create jobs across the Civil Service and local government.

This video from Bernard Marr at Forbes looks at 7 key skills that could be useful for humans as some jobs are automated out of existence:

Rapidly changing technology and the environmental challenges we face mean big changes for the world of work. Below we have listed one new or emerging career path connected with each school subject.

Future-proof jobs for each school subject

Augmented reality is about overlaying fictional digital elements onto real environments – like in Pokémon Go – while virtual reality is an entirely computer-generated world. They are revolutionising not only the world of gaming but also tourism, medicine, education and many other areas of work and life. Combined with technical skills, art and design students could use their creativity in this role to imagine the worlds we will occupy in these new augmented realities.

The widespread and sometimes reckless use of antibiotics to treat human and animal disease means that some bacteria are becoming resistant to the drugs we use to kill them. We need to create new antibiotics to replace the old ones to avoid a return to the pre-antibiotic days when routine infections could lead to death. Microbiologists create antibiotics by testing newly discovered chemical compounds to see if they can provide resistance to bacteria, so biology students’ analytical and lab skills leave them well-placed to pursue a career in antibiotic engineering.

Automation poses a number of issues for businesses. On the one hand it can make them more efficient and therefore profitable; on the other it’s expected to lead to job losses. Managing the transition to greater automation will need specific skills. Businesses need to understand the new technology and how best to use it for their company. Automation implementation specialists need to manage people carefully, which might include retraining or upskilling workers who will lose existing jobs due to automation.

This is a field that’s expected to grow within chemistry. It’s the study of chemical compounds that have metal-carbon bonds, as well as their reactions. It’s essential for many industrial processes. Research in this area could lead to new processes or products in sectors like energy production and pharmaceuticals.

AI is already playing a growing role in our world. We’ve got virtual assistants like Siri and Alexa in our homes. This is also the technology being used to develop self-driving cars. Computer scientists use their programming skills to work on new forms of transport or help maintain the automated systems that make everything from food to computers.

According to the latest Future of Jobs report from the World Economic Forum, up to 37% of companies plan to invest in robots by 2022. These vary from humanoid robots to stationary robots, and aerial or underwater robots. Businesses in the oil and gas sector are investing in the development of aerial and underwater robots, which will need to be designed for a variety of tasks. Organisations in financial services are exploring the introduction of humanoid robots. Design and technology students could use their design skills to develop robots people enjoy interacting with?

Video games are growing in popularity. The introduction of augmented reality (AR) and virtual reality (VR) will see this industry evolve in the coming years. The characters that appear in these video games need voices. Players want to believe they’re interacting with a real person. Businesses also need real people to provide the voices for their virtual assistants. Drama students develop voice acting skills, providing opportunities to move away from traditional theatre.

This is an emerging role named in the World Economic Forum’s latest Future of Jobs report. Economics students’ knowledge of business processes and systems mean they’re well-placed to work in this area. Their communication skills will also be invaluable to explain workplace changes. They may need to help staff adapt as more tasks get automated.

Every machine needs an interface. Working out the best way for people to communicate with and operate new technology is a specialist job. These professionals work with people as well as new technology to test ideas. Listening to and collecting feedback from end users and then explaining the changes that need to be made to designers is all part of the process.

There’s exciting new technology for carrying out surveys, including remote-operated aerial drones, which can be used to assess disaster zones. Remote-operated underwater vehicles can be sent to survey the deepest parts of the ocean and help us learn more about this fascinating environment.

A futurist works in the field of futurology. It’s becoming more difficult to predict what’s going to happen and governments are looking for people who can provide reassurance on the best way to move forward. History students’ critical thinking skills prepare them well for this role. They will communicate how the world is changing to the general public and explain how this might affect the global population.

The need to communicate across borders is growing. Linguists can use their language knowledge and skills to develop translation apps. They can also help programmers think about user experience and cultural differences when creating apps to help support global communication.

Blockchain is a system that works with cryptocurrencies, which are a form of digital money. Bitcoin is the best-known cryptocurrency, but there are many others. With more businesses and individuals starting to use cryptocurrencies, there’s a need for people with mathematical and computing skills who can make this new financial system run smoothly. Understanding cryptocurrencies will also be useful if you want to work in financial investment roles.

As the universes and plotlines of video games become richer and more vivid, their soundtracks are increasingly taking on the character of film scores and the great orchestral works of the past. Composers use their vast creativity and imagination, as well as their technical ability, to craft memorable and well- matched musical scores to complement the worlds evoked in video games.

With more and more data being collected about patients, it’s essential to have people who can interpret this. Perhaps surprisingly, students learn data analysis skills when they study PE. This helps students interpret the information that’s collected and allow them to make recommendations to improve the lifestyles of individual patients or groups of people.

The UK’s space sector is one of the fastest-growing areas of our economy. We rely on satellites for everything from our mobile phone networks to data about climate change. Knowledge of physics principles is essential to develop working satellites. Physicists use practical skills to test their ideas and communication skills to explain their findings to colleagues, partners and clients.

As we use machines for more and more tasks, people will need to interact with them more often. Understanding how people like to interact with machines will be crucial when designing new interfaces. The technology needs to be accessible and easy to use, in order to encourage people to adopt it.

As societies are forced to adapt quickly to the threats from climate change, someone is going to need to plan our way through the big social upheavals that will ensue, and help people adapt to very different ways of living. Climate change and sustainability researchers will think about what the radically different societies of the future will look like and how we get from here to there as smoothly as possible. They will carry out quantitative and qualitative research through interviews, surveys and data analysis.

We have a fun list of jobs of the future which you can view here.