Home   >   Advice  >  University   >  What’s the difference between a college and a university? 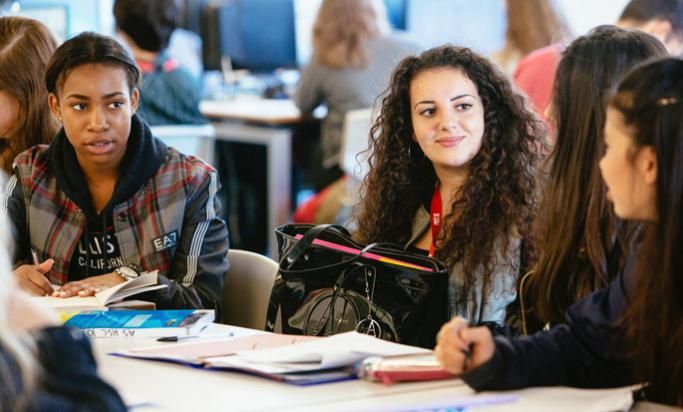 College and university are terms that are often used interchangeably, but they're actually quite different environments. As you start to think about the direction you’ll be heading in when you leave school, you need to know the difference.

In this article, we explore:

'The terms college and university may be used interchangeably, but they're actually quite different learning environments. Make sure you know the difference'

What’s the difference between a college and a university?

A college usually refers to a further education college (FEC) as opposed to a secondary school. FECs are attended by young people aged 16 and over, and unlike sixth form colleges, they are open to adults from the community as well. They provide a huge range of qualifications, from functional skills and GCSEs, to A-levels, diplomas, foundation degrees and even undergraduate degrees.

As of March 2017, there were 241 FECs in the UK (including sixth form colleges). At this date, three quarters of students at FECs were studying undergraduate courses other than a bachelor’s degree or higher. This includes foundation degrees, higher national diplomas (HNDs) and higher national certificates (HNCs). The number of students studying for a foundation degree rose dramatically - by 75% - between 2007-08 and 2016-17.

Universities on the other hand tend to offer academic qualifications such as undergraduate degrees and postgraduate qualifications such as master’s degrees and doctorates like PhDs. In 2016-17, there were 162 universities and higher education institutions (HEIs) in the UK, with 2.32 million students studying at them. Over three quarters of these students were undergraduates.

Neither university nor FEC is better – but you will probably find that one is better-suited to you than the other. For example, if you’re looking to work towards a degree in a highly academic, independent and traditional learning environment, university may be a better choice. On the other hand, if you’re planning to study a vocational or applied qualification in preparation for a particular career path, you may want to consider an FEC.

There are of course exceptions – for example, you may apply for a higher or degree apprenticeship because you want both the academic side and a hands-on work-based learning experience, and you may well study for your degree at an FEC. However, you probably won’t get much choice over where you study with an apprenticeship.

Also, courses such as medicine, nursing, veterinary medicine and teaching are highly vocational in a certain sense. However, they tend to be studied at university, although more and more alternatives to the traditional training routes are opening up.

Which one is for me?

You may have the option of choosing between a further education college and university.

FECs have these characteristics:

Universities have these characteristics:

Universities are well-suited to students who want to take ownership of their learning. Although you will receive direction and supervision from your director of studies, supervisors and tutors, you will be expected to develop your own interests and manage your own time.

At an FEC, you may receive more input from your tutors and lecturers, making it a kind of half-way house between school and university. This will depend in large part on the level of the course. For example, it’s now possible to study for undergraduate degree at some FECs, and embarking on a degree would require a more independent, self-led approach than many other qualifications.

If you’re still a bit confused, you might want to take a look at our related guide explaining the difference between further and higher education.

How to make sense of qualification levels

What are the different types of degrees?

What are the differences between secondary school and university?