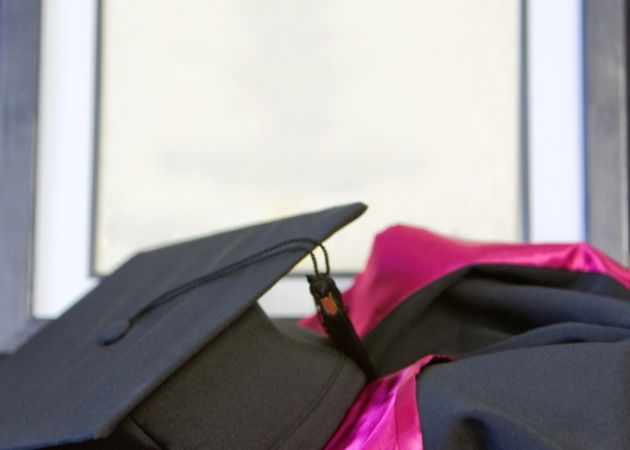 Growing up, Tara was told she’d never amount to anything. Now she’s training to become a solicitor and has an extremely bright future to look forward to. She reveals how, with help from the Law Society’s Diversity Access Scheme, she never gave up on her dream…

When she was 13 years old, Tara Woodward decided that she was going to become a solicitor. She admits: “I can’t say that I really knew much about what a lawyer did other than what I’d seen on TV, but people always told me I’d make a good one as I was very articulate for my age and good at arguing!”

But Tara had been told so many times that she’d never amount to much, she’d started to believe it. Her family, who didn’t place much importance on education, didn’t encourage her to do well. This, she admits, caused her to play up at school, steering her even further from the path to her dream career.

The most influential people in her life, the ones who should be supporting and helping her, told her that she’d be in a council flat with a baby by the time she was 19. Her sister had a baby at 15 and other family members had children young too, so this would not have been anything new.

Plus, when she researched how much it cost to become a solicitor, it seemed even more like a pipe dream than ever before.

She says: “I’d always seen myself as someone who would achieve more and be successful, but as I got older I felt more and more like the odds were stacked against me, and that people like me were not supposed to excel.”

With their support, Tara decided to pursue her ambition. She studied hard at school, got her A-levels and went to the University of Durham, one of the top universities in the country, to study law.

Things were looking good until she hit another dead end. In order to qualify as a solicitor, Tara had to do a Legal Practice Course (LPC). She had assumed she could get a student loan to cover the cost, but that wasn’t possible.

She says: “When faced with the prospect of not being able to afford the LPC, I felt as if my efforts had been wasted.”

After doing an online search, Tara found an article about possible ways to finance an LPC and read about the Law Society Diversity Access Scheme.

She applied for the scheme and was delighted to be told that she had won a scholarship, which would fund her training. Tara, now 23, is currently studying the LPC at BPP University in London.

She says: “I’m only a couple of weeks in but I’m already looking forward to joining the Pro Bono Society, as well as volunteering at a youth centre in Lewisham, and working part-time to support myself.

“The Diversity Access Scheme has given me the chance to succeed in a legal career, to break the cycle of poverty and underachievement in my family, and to provide a life for myself that is far from what I ever could have imagined.

“It has also helped me in the sense that I feel as though I have people who believe in me and think I am worth the investment. It is truly life changing.”

Don’t give up on your dreams

Tara (pictured above on her graduation) advises young people to do their research and find out about schemes that could help with their studies or career now.

She says: “I think it is really important to start researching your career path as soon as possible. I was very uninformed about the pathway to becoming a solicitor and this caused problems for me later on.

“Find out about social mobility schemes you can get involved with now. I didn’t know that things like this existed, and they can really help to give you a bit of a head start and level the playing field.”

It provides financial assistance towards training, high quality work experience, a professional mentor and networking opportunities. So far the scheme has helped 150 aspiring solicitors to pursue their career ambitions.

To find out more, please visit the Law Society website.

Are you thinking about a legal career? Being a lawyer is in our top ten jobs! Have a look at our law career zone to find out more about working in this industry.

Could you add Biborough College to your list please NG8 4DQ