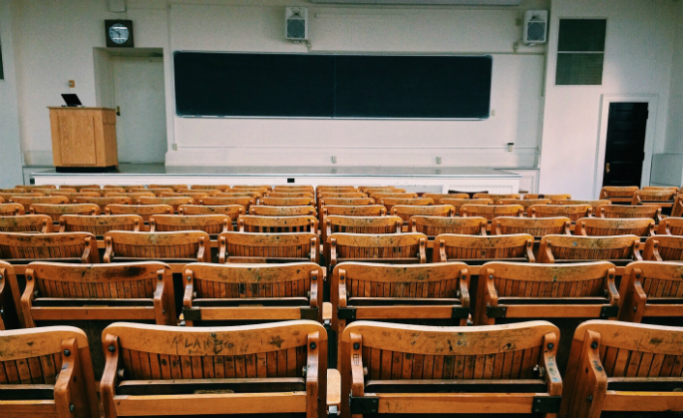 So you’ve decided law is the path for you. Either you want to become a solicitor or give yourself a solid academic grounding for another career – maybe you want a role in human rights, politics or the police.

Either way, during the next three years studying law at university you’ll learn how to think critically. You’ll learn to examine and question what you’re told. You’ll pick up excellent analysis and comprehension skills. You’ll dig through reams of legal statues to find the argument you need.

You’ll start to develop your own opinions about how the law is… and how it should be. Oh, and trust us, you’ll read and memorise more cases than you ever thought possible.

Since you’re going to put in a huge amount of work, time and energy in your legal future, you want to know you’re studying law at the best possible place. So in this guide we’ll take a look at the best universities for law (specifically the undergraduate LLB programme). We’ll also answer what A-levels do you need to study law.

10. The University of Glasgow

Kicking off our countdown of the best universities for law, we have Glasgow. It’s the fourth-oldest uni in the English-speaking world, and is a member of the Russell Group of universities.

The Bachelor of Laws (LLB) undergraduate programme at Glasgow will give you a thorough grounding in the principles of Scots law. You’ll also have the chance to do a real-world placement at the Citzens Advice Bureau, a human rights centre, a law centre or even the Scottish Parliament.

9. The University of Warwick

In at number 9 is The University of Warwick. Based just outside Coventry, the uni launched in 1965 and has a strong focus on research.

The LLB programme at Warwick will train you to consider the context of legal principles, and how they compare with other laws around the world. Students learn how to explore how the law is affected by economics, culture and politics. They also look at how law can improve society.

8. The University of Bristol

A strong contender at number 8: the University of Bristol. It’s a redbrick research uni based in the southwest of England. Fun fact: Sir Winston Churchill was a former chancellor of the uni.

The LLB programme at Bristol is a qualifying law degree, meaning you can go straight from graduation to taking the Legal Practice Course (LPC). In the final year you’ll do a 5000-word project on whatever topic you like. Bristol wants to give you an understanding of law in society and business, and make you an enquiring citizen.

7. The University of Manchester

Manchester uni boasts nearly 40,000 students, making it the largest student community in the country. It’s got a massive student union with loads of societies and activities to get stuck into. Plus, if you choose Manchester you’ll be able to brag that you went to the same uni as Benedict Cumberbatch.

While studying law at Manchester, you’ll learn how legal systems affect society. You’ll get the opportunity to study abroad and see what laws are like in other countries. You’ll develop transferable skills through the uni’s connections with big national law firms. You can also help people with their real-life legal problems by volunteering at the Legal Advice Centre.

Coming in at number six we have another university in the capital: King’s College London. The uni is right in the middle of legal London – on your doorstep you’ll have the Law Society and Inns of Court. KCL also has links to partners across business, government, culture and charities.

The LLB course at KCL is suitable if you want to become a barrister or solicitor; or if you have an interest in law and haven’t decided on your career. The modules are taught in lectures, tutorials and research seminars. In the smaller groups you’ll be able to apply the legal principles you learned to particular problems.

You’ll get a personal tutor who will give advice on academic and personal issues, as well as some careers assistance. KCL has a good rating of student satisfaction for law, making it one of the best UK universities for law.

5. The University of Edinburgh

Edinburgh is home to an awesome comedy festival, ancient castle… and one of the best universities for law. Alumni include Charles Darwin and Arthur Conan Doyle.

During the four-year LLB programme at Edinburgh uni you’ll study Scots law. You’ll explore property, criminal, commercial, international and family law – among loads other topics. After graduating you’ll have to do the Diploma in Professional Legal Practice and a traineeship with a legal firm. At that point you’ll then be able to work as a solicitor in Scotland. If being a solicitor isn’t for you, the skills and experience you’ve gained will equip you for a career in finance, management or journalism, or with international organisations like the UN and EU.

LSE has the highest number of international students in the UK. The uni is thought of as a leader in law, economics, politics and history. The campus is in the Clare Market area of London, near places like the Royal Courts of Justice and Lincoln’s Inn (where barristers work).

The LLB Bachelor of Laws degree at LSE trains you to comprehend and critically analyst the rules that we’ve established to promote justice and order. You’ll explore the social context of law and what it really means in society. The idea is that you’ll come to think of law not as books of statutes kept in libraries, but as something that’s always present in our social and business interactions.

Like the others it’s a qualifying degree, but the course will also set you up for plenty of other careers if you don’t want to be a solicitor.

Hot on the heels of LSE we have University College London. Baroness Patricia Scotland, who went on to become the country’s first female Attorney General, studied at UCL. It was actually the first uni in England to accept women applicants, back in 1878.

Law at UCL is a three year course where you’ll learn theory and legal research, and well as how to apply that knowledge practically. You’ll gain skills-based training. The professors and academics at UCL are considered cutting-edge researchers in their fields.

2. The University of Cambridge

Cambridge is the second-oldest uni in the English-speaking world. Over 18,000 students from all over the world go there. The uni’s libraries are a treasure trove of medieval manuscripts and fascinating texts.

While studying law at Cambridge, you’ll hone highly developed logical reasoning skills. You’ll think about the ethics behind legal decisions and examine how the law interacts with politics. Your uni professors will encourage you to think about the law in its social and historical context. Here are a few insider tips on how to apply to Oxbridge.

1. The University of Oxford

And at number one we have the University of Oxford. As one of the oldest and most prestigious institutions in the world, it’s top dog in our leader-board of the best UK universities for law. More than 30 world leaders were educated there; Stephen Hawking, Indira Ghandi and Hugh Grant went to Oxford.

There are two law courses: Course 1 lasts three years. Course 2 is the same syllabus, but has an extra year that you’ll spend at a uni in the EU. During the course you’ll read a huge amount of case law and statues. You’ll prepare analysis of what you’ve read for essays and presentations.

As you can imagine, getting into Oxford is tough. Standards are high and admissions is fiercely competitive. In 2015 18,000 undergrads applied for only 3,200 spaces.

A couple of important notes...

There are three university league tables. Times Higher Education (THE) publishes a combination of these league tables, which they call the “Table of Tables”. They do this by awarding points to the 30 top universities in the three league tables based on their position. So we’ve used their trusted methodology for this list.

Our list of the best UK universities for law tells you where are the most highly rated places to study law, where the quality of teaching is excellent. But these rankings don’t take into account a few factors, which you need to weigh up for yourself. Stuff like… your own personal circumstances, what kind of environment you want to be in (campus or city), your academic attainment.