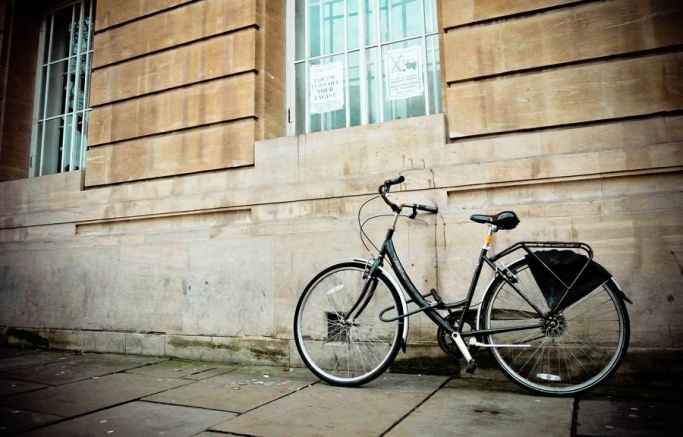 Are you thinking of applying to Oxbridge but not sure where to start? Or are you worried all those myths about the ‘type’ of person that goes there might just be true?...

Don’t worry you’re not alone. Going to university for the first time is a big step and we all question whether we’ll like the place, the course or simply whether we’ll fit in. With Oxbridge too, many students worry they might not get accepted even with top grades – and then there's the interview as well, which you can prepare for using these methods.

Luckily, there are a bunch of friendly students, who went through the Oxbridge application process and came out smiling, on hand to help us.

We caught up with Priyasha, who applied to Cambridge from a state school in 2013 and is now in her second year there studying Natural Sciences. She told us what goes into the Oxbridge application process, key words not to use in your personal statement and how you shouldn’t believe all the stories you hear...

Important: The 2016 deadline for applying to Oxbridge (as well as most medical courses) is 15 October at 6pm sharp. Find out more from UCAS here.

What made you want to apply to Cambridge?

I heard about the Natural Sciences course at Cambridge when I was younger so I was focussed on that from early on.

I chose Cambridge over Oxford because their courses are broader which meant I could try things out. People always group the two unis together and although they are similar in standard, their approach to courses can be very different.

Everyone assumed I was going to apply to Oxbridge and I wanted to try.  But I want to stress I didn’t think I’d get in or even get an interview.

My advice is to just apply; even if you’re worried you won’t get in. The early deadline is even a bonus because you get the UCAS application process out the way before it interferes with your A2s too much. And, whatever rumours you’ve heard about Oxbridge, 90% of them aren’t true. I was really adamant not to go for a bit because I thought it would be too hard but I’m here now. It’s still hard but I don’t regret it!

What help or advice would you recommend I get from my teachers if I want to apply to Oxbridge?

Tell them as early as possible, and talk to your head of sixth form/college, as well as anyone you know who went to or teaches at Oxbridge. By letting them know, they can push you for the early deadline and give you extra tips. If they can give you a mock interview that would be helpful too.

Schools that don’t send students to Oxbridge that often, might not be aware of the Oxbridge application process. But university is about being independent so why not start by finding out what you need to do and letting your school know what help you need.

Is it important which college I pick?

Not really. I picked Clare because it was musical, friendly, and in a central location, but everyone I’ve met loves his or her college. College is like your family so whichever you pick, people will make you feel included.

I would choose by looking in the prospectus. See what size and location would suit you best, including any specific things like sports grounds and music facilities. The central colleges are the most popular but they also get a lot of tourists wondering around which can be a bit annoying if you want to eat breakfast outside in your pyjamas…

If that’s too much to think about, you can do an open application where you get randomly assigned a college, or just pick the one you like the look of the most.

What sort of things did you include in your personal statement?

Some really cringey things! But, mostly why I liked the subject I was applying for and any extracurricular stuff I had done. For every example I gave, I made sure to include the skill I learnt from it or how it changed the way I thought.

My advice would be to make sure you show and not tell in your personal statement plus come up with a good first line to make it memorable.

I would definitely not recommend including the following: cheesy quotes, books you haven’t read and the words: 'enthusiastic', 'passionate' or 'fascinated'.

Did you do anything to prepare for your interview?

I wish I had prepared more by revising over my AS material as I hadn’t covered it in a while.

What was your Cambridge interview like and what sort of questions were you asked? Did you have to recite lots of facts or lines of poetry?

No not at all. I would say the best preparation is to revise your A-Level material because that was what I was asked questions on. I didn’t really have any personal questions and everything was based on my subject. I had two interviews, one on pharmacology and chemistry and the other on biology. It was a bit scary and I didn’t think I did well in the second, but I’ve met people who thought their interviews went well and people who thought they didn’t – they all got in.

I got lots of things wrong in my Cambridge interviews but my interviewers corrected me and we moved on. I think it’s best to keep going and ask questions if you don’t know something, because it’s not about appearing clever or stupid, it’s about trying to see if you’ll be able to learn in the Cambridge system. Cambridge Interviews are quite similar to supervisions, which are weekly hour-long meetings with an academic in your subject.

Did you do any extracurricular work to help with your Oxbridge application?

For medicine, I know it’s required, but for other subjects, it’s not always essential.

What advice do you have for people applying to Oxbridge who are worried they might not fit in?

The thing I regret most is expecting there to be a certain type of Cambridge person and that just isn’t true. There are all kinds of people from different backgrounds there. The only thing they have in common is that they’re smart and academic!

Everyone I’ve met is really interesting to talk to, not just the first years, but even the second and third years were keen to make friends.

In freshers’ week, I went to a fancy dinner and ended up next to two guys who were both from private schools and seemed to know each other through this elite rugby league thing. I instantly thought I was in the wrong place, but they were so nice, I can’t believe I ever thought they might be stuck up.

What was your experience when you showed up in freshers’ week?

I met so many people in the first few days, I couldn’t remember most of their names an hour after meeting them. At a fancy dress party, I met two people who I really bonded with and the next day, I spoke to two people in a queue for half an hour before realising it was the same people! You may meet your best friends in the first week but it’s no worry if you don’t.

The three things I would definitely recommend doing in freshers’ week are: unpacking, getting your Internet and printer connected and signing up at the doctors. I thought freshers’ week was busy and then term started and I got even busier!

Stick the radio on and keep your door open while unpacking so people can wander in, grab some of those people to go to the freshers fairs so you can meet even more people who share the same interests. If you’re feeling down, call your family and find someone to talk to. There are so many support systems at Cambridge to help you through difficult times. I found that being so busy stopped me feeling homesick.

What is the teaching like and how are the workloads?

It’s intense, I’m not going to lie, but you do get used to it. Because my timetable is quite full (with social events as well as lectures and labs), I have to be really efficient with my time and I found it helped me get my work done quicker. There is definitely a ‘work hard, play harder’ attitude here.

I do feel like I don’t understand things straight away a lot of the time, but so do most other people so it’s not too bad! I’m glad I have the opportunity to push myself rather than just coast.

The supervision system is really good as well because you get two on one contact with an academic who can explain anything you don’t understand.

What is the best thing about studying at Cambridge?

Some of my friends at other universities say they get bored a lot and that is something I’ve never experienced at Cambridge. There is so much variety in the things to do; obviously clubbing, but also lots of pubs, bar nights, plays, concerts, debates, talks, swaps, sport socials and a lot of hanging out in other people’s rooms. Everyone here is really interesting and even people doing completely opposite courses are really easy to talk to. Because everyone is interested in so many different things, there’s a lot of overlap in interests, even where you wouldn’t expect it

For more information, check out the Student Room's useful guide to applying to Oxbridge.