The Army’s only for people who want to be soldiers, right? Wrong! Whether you want to be a vet, a pilot, an engineer or even a musician, there are plenty of Army jobs that will let you live out your ambitions. What’s more, you’ll receive all the training you need while getting paid a wage.

Here, we look at the different Army jobs you can do, and talk you through Army apprenticeships – the way in for 19 out of every 20 new recruits.

What Army jobs can I do?

There are over 200 Army jobs that you can do – and the great thing is, Army apprenticeships let you train from scratch whatever your grades. You'll also receive a wage, and get professional qualifications which will help you continue your career once you leave. You’ll do all the basic training you need to be an effective soldier, and learn the skills you need to do your trade as well.

In this 30-second video, young people talk about the skills they've learnt in their Army jobs:

Here are some Army jobs that might just take you by surprise:

The Army doesn’t just have people in its ranks – animals like horses and dogs are important soldiers as well! Someone has to care for and look after them, and if you think dogs are a man’s best friend, you could spend your time making sure the military gets the best from its canine recruits.

It just wouldn’t be the Army without a marching band or two! But it’s not just about trumpets and drums – gigs and parties help keep the spirits up whether at home or on tour, so you could be a military musician if you’re a dab hand with a guitar – or even if the orchestra’s more your thing.

When messages get intercepted, someone has to be able to translate them into English, and know all there is to know about the culture of a particular country so people higher up can make the right decisions. If you’re the one who orders the coffee on the family holiday to Paris, this could be you. But even if you’re not a fluent linguist, don’t worry – the first thing you’ll do is learn a new language.

This infographic shows some more of the Army jobs you can do, as well as some common myths about joining up (right click and select "Open image in new tab" to see full size): In this video, Verity talks about what it's like to be a dentist in the Army – including her most rewarding experience helping local people in Kenya, and what to consider if you're thinking about signing up for an Army job:

It sounds great! How do I join?

'You can train for over 40 jobs by doing an Army apprenticeship.'

The military has a lot of people to look after, and the nature of Army jobs means that they need the very best doctors and nurses. If you’re thinking about a career in medicine, an Army job could give you training and experience in just about every field, from mental health nursing to dentistry.

If research is more your thing, you could even train to be a biomedical scientist, diagnosing diseases all over the world, which would give you the chance to get a university degree on top of all your Army apprenticeship and military training. 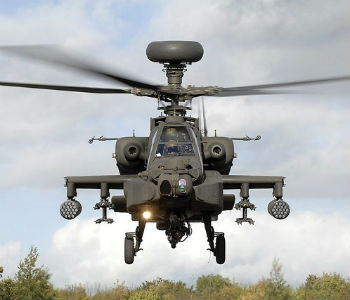 Getting people from A to B

If you don’t just want to see the world but actually drive the vehicle that gets you there, then a transport job could be right up your street. The military has a whole host of vehicles to get its thousands of soldiers to where they need to be – and someone has to get behind the steering wheel.

With Army apprenticeships, you could learn to fly a plane, drive vehicles big and small, or work on a boat.

With so many vehicles and all the rest of the technology, it’s important to keep things running smoothly. That means there are a whole host of jobs in designing and making things, as well as looking after them once they’re built and fixing things that go wrong.

You could be fixing a plane as an aircraft technician, building a new military base as a carpenter, plumber or metalworker – or even fixing a broken-down tank! The Army needs things doing quickly but also to the highest standard – people’s lives are at stake, remember – which means you’ll become an expert in your field, standing you in good stead for when you leave.

The military has huge responsibility, keeping people safe at home and abroad, so it needs to hire the best people and make sure they learn and improve as they go on.

If you love showing your friends how to do that complex maths puzzle no one else gets, or talking through your latest project in front of the class, you could make a great trainer. If you go down this route, you’ll learn how to teach by doing a PGCE (just like a primary or secondary school teacher) while actually coaching people and teaching them about subjects like international relations while you learn. You’ll even get the chance to do a Master’s degree later on!

What will I do on my Army apprenticeship?

With Army apprenticeships, you don’t need amazing grades because the Army will train you. If your reading and writing could do with some work, you'll learn the basics before you go any further.

The Army will also pay for your to do vocational qualifications like NVQs or City and Guilds, and you could even go on to do a fully paid degree or a Master’s if it fits in with your job. All of this will help you in your Army job, and lead you into a highly skilled job after you leave.

Because you’re training as a soldier, you’ll do sports, adventures and assault courses as part of your Army apprenticeship. It’ll be gruelling, but really good fun as well – if this is your kind of thing. And because it’s the military, you could be doing it in some pretty exotic locations as well.

I’ve heard there are lots of types of apprenticeships. Is it the same in the Army?

There are two main types of Army apprenticeships:

Depending on what you specialise in, you could go on to do a higher apprenticeship, a degree, a Master’s. Whatever you do, you’ll always get new training to help you get better at your job.

Will I get paid?

Yes – an Army apprenticeship is a job, so you’re entitled to a wage from your employer.

You’ll start on £14,637, including 38 days paid holiday – that’s ten more than the legal minimum of 28! You’ll also get free healthcare and dental treatment, as well as help towards your food and housing costs.

Once you’ve completed your Army apprenticeship, your pay will go up to £18,125 and rise as you progress. As a private (the most junior rank), you could earn up to £27,324.

Don’t forget, Army jobs are not a video game. You could well be training for a combat role, and it will be mentally and physically exhausting at times. If this sounds like your idea of the perfect job, then the Army could be for you. But if you have your doubts, you need to think carefully and talk to friends, teachers, your school careers advisor – and your mum and dad.

If you like the idea of an apprenticeship but are not so sure about the Army part, there are plenty of other things you can do.

What do I need to join the Army?

These are the boxes you need to tick to do Army jobs:

How do I apply for an Army apprenticeship?

You’ll do your application on the Army’s website – although there are lots of Army jobs, the website’s interactive and really helpful if you’re not sure what to apply for.

Once you’ve applied for your Army apprenticeship, you’ll get a questionnaire to fill in about your health, and so long as you’re fit, you’ll get invited to your nearest Army Career Centre, where you’ll decide on the next steps with a recruiter.

As long as you tick all the boxes, you’ll be invited to a two-day assessment centre. You’ll do some more tests to make sure you’re physically fit enough to join, and have a medical examination.

You’ll also have your memory tested, as well as your reading and writing ability, and how good you are with numbers. Although there is a minimum standard to get through, you don’t need to be a genius – partly, the Army just wants to know where you might need extra training.

Are there any other ways into an Army job?

Army apprenticeships aren’t the only way in, but we think they’re the best way in for school leavers, and it’s how 19 in every 20 soldiers begin their careers in the military.

If you want to, you can apply to be a reservist (someone who’s called on if more soldiers are needed), which you train for in your spare time. People usually do this later on when they’ve settled into a job and have plenty of time for other stuff.

You can also apply to be an officer (someone high up, a bit like a manager). Most officers have a university degree, although it’s not essential. Unless you already have military experience, we recommend sticking with an Army apprenticeship. But if it’s something you’d like to do, have a chat with your careers advisor first.

Everything you need to know about apprenticeships