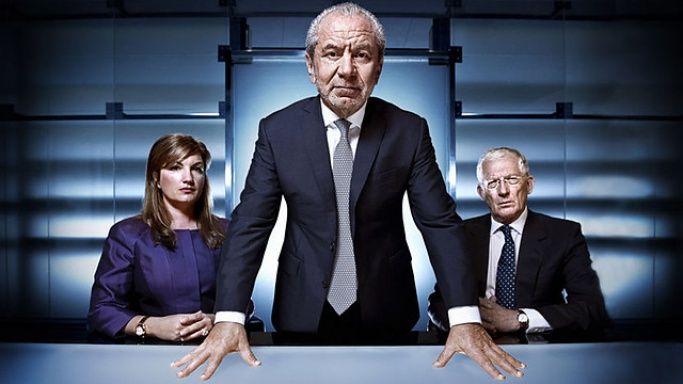 Cringe-worthy catchphrases and boardroom bust-ups: Yep, The Apprentice is in it's tenth series and still going strong.

The award-winning BBC show follows a number of business hopefuls as they compete to get funding from Lord Sugar for their own business idea.

We've seen this year’s candidates, and many before, struggle to manage basic work tasks like counting, being on time and, most importantly, working together as a team.

But whilst it might be funny to watch them scrambling around London and talking RIGHT INTO THE MICROPHONE on their mobiles, they can also teach us some pretty useful lessons.

Want to hear those magic words ‘you’re hired’? Check out the 4 best things the Apprentice taught us about teamwork...

According to series 10 Apprentice candidate, Daniel Lassman, “There is no ‘I’ in team, but there are five in ‘individual brilliance’”. Which is pretty funny because there’s also no ‘I’ in ‘employable’, but there are two in 'your application has been unsuccessful'...

Good teamwork is all about collaboration. One of the most common mistakes that candidates make is not taking advantage of the different strengths and skills of their teammates. Just because YOU think you’re the world’s best salesman/woman, doesn’t mean you’re the best person for the job. Good team players put aside their ego and figure out how to use everyone’s skill set effectively. Even if you think your idea is the best, listen to everyone else's, take their comments on board and you'll come up with something even better.

Melissa Cohen, a candidate way back on series 4, really stood out for us. Why? Because she lacked the ability to communicate with her teammates (or as Melissa would say, she faced being karmically retributed for her manoeuvrement of words, and her apparent uncomfortability with the English language.)

Every team needs a leader.

However, leading a team doesn’t mean bossing people around.

Want to know what NOT to do as a team leader? Step forward Stuart ‘The Brand’ Baggs, who managed  to alienate everyone on his team when he was picked to manage a task.

Baggy’s biggest mistake? Not recognising that EVERYONE is capable of making a useful contribution. Meanwhile series 10 candidate, Solomon, shone as project manager thanks to his laid-back style and ability to inspire his team towards a common goal.

Teamwork means relying on others. That can be scary - whether or not you’re trying to bag a job with Lord Al. Unfortunately, there will be times when your teammates let you down.

For example, in the coach trip task on series 10, candidate Jemma attempted to blag her role as team tour guide.

Unlike fellow candidate, Lauren Riley, who researched facts the night before, Jemma was busy telling her tour group that Anne Boleyn’s marriage to Henry the VII ended (not with a beheading) but because the pair 'grew apart' - a comment which made the most bitter marriage split in British history sound like an extract from Heat magazine.

Moral of the story? If you’re assigned a task, be prepared and give it your all and ask for help rather than rewriting british history! Remember, other people are relying on YOU! Don’t be the one to let the team down.

Learn more about teamwork and other key skills for work with our Skill Up articles.