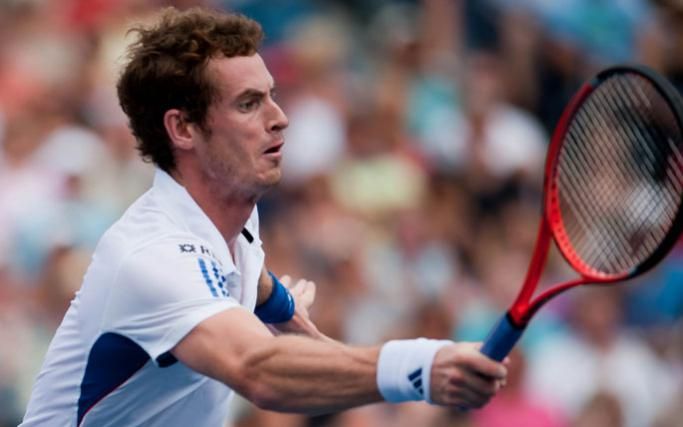 We caught up with sports reporter, Eleanor Crooks, to find out about how she got started in journalism and how her current role as a tennis correspondent sends her all over the world.

What is your job? Sports journalist

How long have you been doing this job? I've worked at PA for 9 and a half years. I've been a reporter for the last four years.

Degree Subject: Journalism. After my degree I did a post-graduate diploma in Newspaper Journalism

I was a waitress in a pizza restaurant when I was 18.

2. What made you want to do your current job?

I've always loved sport, but clearly was never going to be good enough to play it professionally, so when I was about 13 or 14 I started thinking what I could do to get a job in sport. Being paid to watch sport and write about it seemed the best option, so I decided that's what I would do - that simple! For me it was definitely the sport rather than the journalism that came first.

I really had no idea what qualifications I needed to become a journalist and how difficult it might be at the start, but I think that might have been a good thing. My family are mostly scientists and I did not know any journalists.

I started getting work experience while still at school from age 16, on my local paper, writing reports for my football team, that sort of thing. I carried on doing this through university and then spent three months working on a newspaper in Romania between my degree and diploma. I studied journalism at university because that seemed to make sense, but in fact I would have been able to do the diploma whatever my degree. The diploma was very practical so that gave me lots of experience in the field and helped me find jobs to apply for.

Towards the end of that I sent out lots of applications and was offered a sports traineeship by the Press Association. I worked in PA's office for about seven years, initally working in various different departments, including on their Football League desk and Teletext sport. I then moved onto the main sports desk after about three years. I began to do bits of reporting and decided that was the direction I would like to move in, so when an opportunity came up, I went for it.

There isn't really a typical day, which is one of the best things about the job. I recently became PA's tennis correspondent, so an increasing amount of my time is spent at tennis tournaments. I love tennis so it's a dream job for me, but it's certainly not all strawberries and cream! A normal day at a grand slam will involve arriving at the tennis centre an hour or so before the start of play to prepare for the day, then writing stories and reports, attending press conferences and interviewing players for as long as play continues.

I was at the Australian Open in January and my work day usually started around 10am and carried on until 2am, so it's pretty draining. We have a small team of reporters and an editor at Wimbledon but in Australia and at the French and US Opens, I'm on my own. Andy Murray is my main focus and I have to write one or two stories about him every day, whether he's playing or not.

PA are the national news agency for Britain so our customers - papers, websites, broadcasters etc - are mostly British but not exclusively. I cover all the other British players as well and also write reports on the big international stars before wrapping up everything that's gone on at the end of each day.

If I'm not at a tennis tournament, then I work from home near Manchester, where my days can involve attending Premier League football matches and press conferences, conducting interviews and generally reporting on the day's sports news. I covered tennis, triathlon and modern pentathlon at the London Olympics, which was a real career highlight.

5. What’s the best thing about your job?

There's so many things but, as a big sports fan, getting paid to travel the world and watch some of the world's best sportspeople close up pretty much covers it.

6. What is the most challenging thing about your job?

The hours are very challenging and it can be extremely hectic with pressure to send in stories the moment they happen. We're very reliant on technology, so when the internet goes down or something goes wrong with our equipment it's very stressful. There's also a lot of competition between reporters, and sports journalism is still dominated by men, which does not always make my life easy.

7. What advice do you have for people who want to do what you do?

The biggest piece of advice I would give is get as much as experience as you can as early as you can. Qualifications are important and pretty much everyone in the media now has a degree at least, but work experience is likely to be the thing that marks you out. There is so much competition for increasingly few jobs, so getting your name known as someone who can be an asset is crucial.

If you're doing a degree or other course, make sure it will give you professional qualifications like media law, public administration and shorthand, and check out how successful the university or college has been in getting people into jobs.

Finally, I would say be open minded about your first job and what you work on. It's hard enough to get into journalism without narrowing your options before you've started. Nobody starts in their dream job, it's all about where it might lead.

8. What things do you wish you’d known before starting your career?

I wish I'd known that I didn't need a degree in journalism. It was fun, but if I had my time again I would have done a different subject. Having expertise in different areas will give you more options within the media industry and there are plenty of excellent post-graduate courses. Being able to speak another language well would also be a big asset. The older you get, the harder it gets to learn!

9. How have things changed since you first started working in this industry?

I consider myself very fortunate to have got in to journalism when I did because the media industry has had a hard time of it over the last decade and there are a lot fewer opportunities now in traditional media.

On the flip side, technology is changing the industry all the time and opening up different avenues. Multimedia is now the norm and, although I am predominantly a written journalist, I'm also a trained video journalist and often do both.

The growth of Twitter has really changed things, probably more than anyone imagined. News travels so fast, which is a positive and a negative. The race to be first sometimes means that stories lose their accuracy and, once a story is out there, it takes on a life of its own.

For more on jobs in sport and media, check out our Publishing & Media or Sport & Fitness Career Zones.