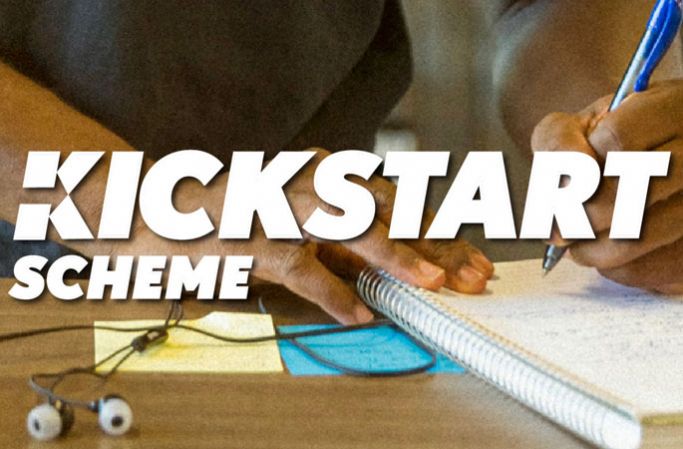 The Kickstart Scheme is a new temporary employment programme designed to help young people off Universal Credit and into work.

Young people will enter a work placement with an employer and the government will pay them minimum wage for 6 months. Employers will be able to top up their wages if they want to.

'Find out how the Kickstart Scheme could benefit your child'

What is the Kickstart Scheme?

Between 1 March and 23 June, 3.2 million people submitted claims for Universal Credit. Usually, the figure for a similar period would be under 1 million. Many of those who have been left out-of-work by Covid-19 are young people.

The Kickstart Scheme, announced in the Chancellor’s Summer Statement in July 2020, is a new employment programme aimed at young people aged 16-24 who are claiming Universal Credit. It will be open to employers from August 2020 to December 2021 (16 months).

To be eligible for the scheme, a Universal Credit claimant aged 16-24 must be identified as being at risk of long-term unemployment by their work coach at the JobcentrePlus.

The government will pay those on the scheme at minimum wage and employers will have the option to top up their pay.

How much will my child be paid?

The government will pay your child at minimum wage, which you can view in the table below for different age groups. Employers can choose to top up this wage.

How does my child get onto the scheme?

Your child must be claiming Universal Credit to be eligible for the scheme. Most Universal Credit claimants have a work coach to help them find work. Work coaches will assess whether those claimants aged 16-24 are at risk of long-term unemployment and, if so, they will refer them to the Kickstart Scheme. The government expects up to 200,000 young people to be placed onto the scheme.

Are there any downsides?

Not for those enrolling on the scheme. They will benefit from paid employment for 6 months. Employers are under no obligation to keep them on at the end of the placement but some may choose to retain Kickstart employees.

The scheme could also have long-term benefits for your child. Following the 2008 financial crisis, the government introduced a similar scheme called the "Future Jobs Fund" which was later cancelled following a change of government in 2010. However, subsequent analysis found that participants were 11 percentage points more likely to be in "unsubsidised employment" (i.e. not paid for by the state) 2 years after beginning the scheme. It was found to bring participants a net benefit of £4,000 per participant – and a net benefit to society of £7,750 per participant. Your child could benefit similarly from the Kickstart Scheme.

Some critics, including the Association of Employers and Learning Providers (AELP), have said that the Kickstart Scheme will reduce the number of apprentices recruited during the period of the programme. They claim that employers will see this as an alternative to hiring intermediate apprentices (level 2 apprentices). The AELP says that employers will be incentivised to hire staff for free under the Kickstart Scheme instead of recruiting intermediate apprentices who they would have to pay a wage.

What other support is the government offering?

The government is introducing 3 other forms of support which will benefit young people as part of its Plan for Work:

Other FAQs about the Kickstart Scheme

For more information about work and coronavirus, as well as resources you can use from home, view our entire collection of Covid-19-related articles.