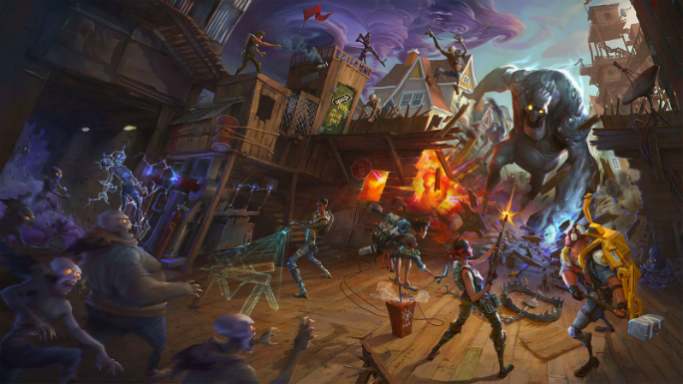 Working in the games industry requires a relatively unique combination of creativity and analytical thinking.

What’s more, it’s a field that’s bigger than Hollywood and the music business, so it’s a fantastic career to pursue, with plenty of job opportunities and good salaries.

Here we’ll take a look at how to get into game development, and what becoming a game developer involves.

What is a game developer?

‘Game developer’ is an umbrella term for anyone that contributes to making a game. This can include: programmers, artists, writers, designers, producers, video game testers, audio designer.

Learn more: Game developer Rebecca shares what her job is like

Making a game (sometimes referred to as ‘development’) from the initial idea through to the completed product can many years, and requires big teams of staff.

There are several stages, including creating and designing a game's look and how it plays, animating characters, making the audio, programming, testing, editing and producing.

What do game developers do?

The exact tasks and responsibilities of a game developer will vary depending on their speciality. As we mentioned above, there are several: programming, art, text, design, production, testing, audio.

For instance, programmers would work on areas such as:

Huge games like Fortnite or Red Dead Redemption, for example, are made by vast game development studios. Game developers working for those kinds of studios would have a very specialised area.

On the other hand, game developers working for independent studios (also known as ‘indies’) need to have more generalised responsibilities, so they may have to take on any or all of the above tasks in a given day.

The tasks of a game developer working in the design of the game might include:

What skills would I need?

When it comes to becoming a game developer, you’ll need a certain set of skills, qualities and characteristics:

Tim Nixon, who’s a game developer and director of online experience at the California-based That Game Company, told us the most important thing when it comes to getting a job in game development is being able to demonstrate your work in a playable game

He said: “Whether you’re an artist, writer, programmer, designer, or musician, being able to show a game that includes your work not only shows that you understand the tools and pipeline required to get your work playable, but it likely shows that you can work in a team. Game development is a highly collaborative undertaking, so find a group of local students or amateur developers and team up to get a demo done.”

“If you want to take on the whole task yourself, tools like Unity and Game Maker make it easier than ever to get a game of your own up and running, and there are so many free resources online to teach you how to use them. If you’re still in school or university, try to find a way to use these tools in your assignments. The more practice you have, the better your final portfolio piece will come out, and ultimately it’s going to come down to how fun and well-presented are those first few minutes of the game are that you deliver for your prospective employer to play.”

How to become a game developer…

Most games companies will prefer that you have a degree, and most game developers are though it’s not strictly necessary. Subjects that will help you secure a job include:

Becoming a game developer is competitive and you’ll need to have created a demo that shows both your technical skills and creativity. Unity is one of the leading game creation tools, and it has some free options you can download. If you’re interested in programming side of gaming, you’ll need to be able to show coding skills, while the design roles will require you to have a portfolio of your artistic and creative work.

Apply for work experience in the industry, and make sure your knowledge of the field is up to date.

Read next: Game design student Andrew shares what his course is like