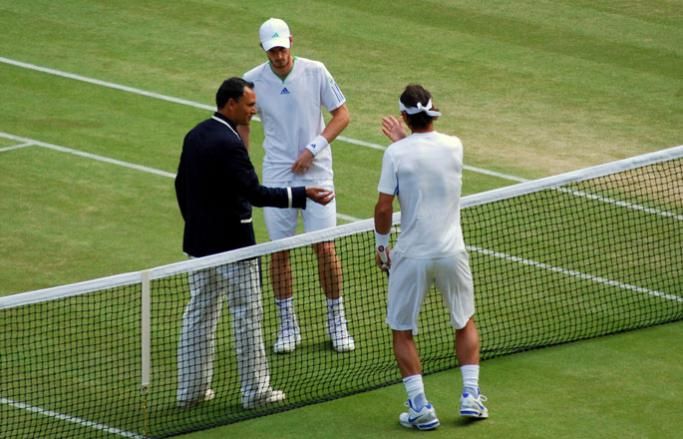 Wimbledon is in full swing and with the possibility of a British win in both the women’s and the men’s championships, tennis fever has well and truly taken hold here at Success at School!

In the true spirit of Wimbledon, we thought we’d take a look at what you need to do to make it as an umpire in those very special two weeks down at the All England Club.

What is a tennis umpire?

While line umpires call the ball in or out, chair umpires are the guys in charge – the ultimate authority on the tennis court. In a nutshell, they make sure the rules are being followed and that the game is being conducted in a spirit of fair play. Chair umpires:

You have to be 16 to apply to become a line umpire and once qualified you can progress quickly. Sagar Kashyap from India was only 22 when he first took up the seat as chair umpire at Wimbledon.

You don’t generally get paid to umpire at Wimbledon, but you’ll usually have your expenses paid. It’s more of a privilege than a job!

What skills do you need?

To be a line umpire, you’ll need:

Why umpires need to be patient and calm:

How do you qualify as an umpire?

Before becoming a chair umpire, you have to work as a line umpire. Anyone over the age of 16 can apply to the Lawn Tennis Association (LTA) to become a line umpire. If your application is accepted, you’ll attend a one-day training course, which combines a mixture of classroom learning and on-court action. You’ll be assessed on the day, and if you pass, you can work as a line judge!

Experienced line judges can apply to the chair umpire course. The course lasts two days and includes an exam at the end. If you pass, you’re qualified to work as a chair umpire – you need to umpire 30 days a year to keep your “accreditation”.

You don’t need to be a tennis player to become an umpire. “Some of the best umpires have never played before,” says Wimbledon umpire Bernadette Halton. “If you're assertive and make bold, confident decisions the players will feed off that.”

In this video, umpires talk about why they love the job:

Got sport on the brain? Check out our guide to sports apprenticeships to see if you could begin your career straight from school.