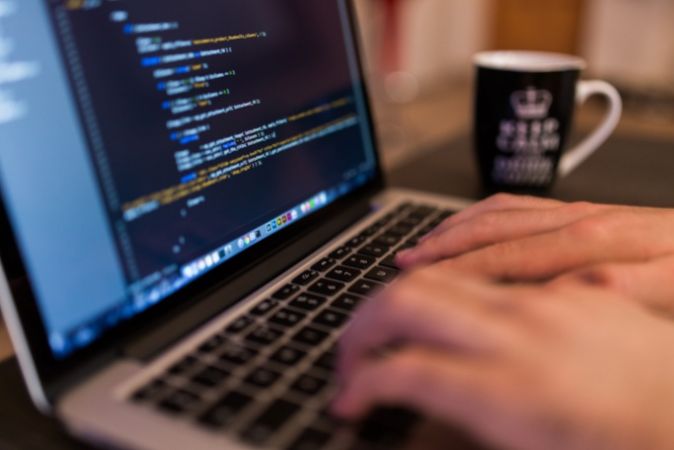 Fancy fighting crime? Or getting involved in space exploration? Then a job in coding could be for you – read our guide to find out why coding is such an important skill and how it can lead to some of the best jobs on the planet.

Computer programs are made out of a special language called code, so coding is the way that you talk to a computer and get it to do what you want.

Once you “speak” the language you can do lots of things, like build computer software, apps and websites – all of these are made with code.

Coding is one of the most important skills out there, according to Mashable. Last year computing replaced ICT on the school curriculum in the UK, and as a result children as young as five are having lessons about coding.

There are also a number of free online coding courses that you can do, so you don’t have to wait for the new school term – get started this summer!

Five of the best coding jobs in the world

It’s not just the tech industry that uses computer programmers – they are needed in so many sectors, from advertising to healthcare, so there’s no shortage of roles to apply for if you’re a skilled coder. But here are our pick of some of the coolest.

Coders write the software that helps planes to fly – for example, global security and aerospace company Lockheed Martin is developing the most technologically sophisticated fifth generation fighter jet, with 8 million lines of code.

Cyber crime is a huge problem and, as criminals get more tech savvy, companies are turning to cyber security experts who can use their technical knowledge to defend the country’s commercial and security interests.

The security service MI5 employs experienced programmers to help keep the UK safe and also recruits technical apprentices to work across MI5, MI6 and GCHQ, learning about some of the most cutting edge tech there is. James Bond anyone?

Nasa uses coders to do amazing things – including landing the Curiosity Rover on Mars, something which apparently took 2 million lines of code.

Last year the BBC reported that Nasa was looking for coders who could help prevent a global catastrophe by identifying asteroids that may crash into earth.

It launched an Asteroid Data Hunter contest, offering more than £20,000 to programmers who could identify asteroids captured by ground-based telescopes.

The robots are coming! Well, that’s according to a prediction by Deloitte, published in the Guardian, that 35% of jobs in the UK are at risk of becoming automated.

But behind every robot is a human who knows how to program them. So the more there are, and the more complex they become, the more this skill is in demand.

Modern video games can have more than a million lines of code in them, so the companies that make them hire a lot of programmers.

And, according to Game Industry Career Guide, video game programmers have on average the highest salaries of any development job in the game industry.

What are the benefits of learning to code?

A poll by code.org last year found that coding skills are more in demand than languages. The survey discovered that more than half of British adults thought teaching computer coding in school should be a priority.

Once you’ve learned to code you can do loads of really interesting stuff, like developing your own website from scratch or creating a phone app.

Say you’ve thought of an idea for the next Instagram or Facebook (but better, of course). If you know how to code yourself, you can get started straightaway, building it yourself. Unlike a lot of other business ideas, it doesn’t involve a wad of cash or getting an investor on board straightaway to pay for your idea to be made.

Even if you don’t fancy a career in coding, it’s still a really good skill to have because computers are such an important part of our lives now. It’ll look great on your CV and impress future employers, helping you to get a foot in the door of lots of different companies.

What’s the Festival of Code?

The Festival of Code is a yearly event run by Young Rewired State, a worldwide community of digital makers aged 18 and under.

More than 1,000 young people get together across the UK for a week to do things like build digital prototypes. Children as young as five get involved.

Find out more and register your interest for next year on Young Rewired State’s website.

Have a look at our Career Zones to explore your future options and find your ideal job – and how to get it.

PwC - London Back to Schools Event