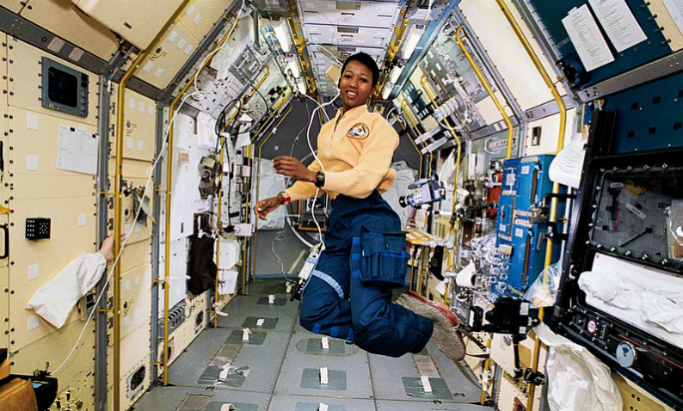 From discovering viruses to journeying into space, great women scientists have been behind many pioneering discoveries and breakthroughs.

Here’s your guide to four famous women in science, what inspired them to follow science jobs, plus some tips on how to make your science career a reality.

In 2018 Donna Strickland became the first woman to win the Nobel Prize in Physics in 55 years. It was only the third time in the history of the prize that it was awarded to a woman. Strickland is a Canadian physicist. She was awarded the prize together with the French scientist Gérard Mourou for their work in laser science. The team came up with very short and intense laser pulses which can drill very precise holes in living matter. This has led to millions of people being able to get corrective eye surgery.

Strickland told NBC: “In high school, I was very good in math and physics. I wasn’t good at much of anything else. Some people are good at a lot of things. I don’t know how they choose what to do. I couldn’t do athletic stuff, I wasn’t artistic, I have no musical ear, and I wasn’t good at writing. So I was pretty narrow in what I could do. I wasn’t thinking, ‘Can I do science?’ I was thinking, ‘That’s the only thing I can do, so let’s do it.’”

How to get there: map out your career in physics

Another one of many famous women in science is Françoise Barré-Sinoussi, who discovered the human immunodeficiency virus (HIV) in 1983. After that the Frenchwoman dedicated her life to the fight against AIDS. She received the Nobel Prize in Medicine, along with researcher Luc Montagnier, in 2008.

“You don’t really know what to study when you are young,” Barré-Sinoussi said. "You are trying to think about your future and your career. For me, I was very much interested in science from a young age. During my vacations, when I was a child, I could spend hours looking at animals, comparing the behaviour of one animal to another, trying to understand, for example, why one was not running as fast as the other. I then realised at school that I was very good at science. It was very easy for me to learn compared to other subjects. So that is when I said to my parents: ‘I think I’d like to go to university to study science and maybe become a researcher.’”

She added: “I understood by working in the lab that this was really what I wanted to do. I finally realized that I had made the right decision, and I must say that I don’t have any regrets at all.”

Follow in Francoise’s footsteps: see where biology can take you

No list of great women scientists would be complete without a mention of Mae Jemison (also pictured in the main photo). She became the first African-American woman to make the journey into space, when she joined the crew on the Endeavor as a science mission specialist back in 1992. The eight-day mission in space carried out experiments in weightlessness and motion sickness. Jemison spent just over 190 hours in space. Jemison worked in public health before she joined NASA, and she has a degree in chemical engineering.

Jemison said: “In kindergarten my teacher asked me, what do you want to be when you grow up? And I said, "I want to be a scientist." And she looked at me and she said, "Don't you mean a nurse?" Now clearly, there is no issue with being nurse. But the issue back then was, is that's the only thing she could see a little girl growing up to do, that had something to do with sciences. So she was trying to help guide me and counsel me, and... as to what was possible. But I really just put my hands on my hips, and I said, "No, I mean a scientist."

“Because I was excited about the world around me. When I grew up, we did all kinds of things. I would go hunting and fishing with my father and my mother. We'd go out fishing in the summertime, and I loved it! I loved playing with the worms and the fish, and learning all about them. My uncle, Uncle Louis, we'd look up at the stars and he would tell me they were really suns; they just were so small because they were so many miles away.

“You know, when you talk about science, it's very hard for me to tell you as a child, what drew me to it. But I think now as an adult looking back, it was the creativity that drew me to it. The possibilities. Understanding what was going on in the world around me.”

Make it a reality: jobs in space that are out of this world

Ayanna Howard is a robot scientist from the US who designed robots that study the effects of global warming on ice shelves in the Antarctic. She had an internship at NASA’s Jet Propulsion Laboratory and then worked there before becoming a robotics professor at Georgia Institute of Technology. Howard has also worked on AI-powered STEM apps for children with diverse learning needs.

She said: “I first became interested in robotics as a young, impressionable, middle school girl. My motivation was the television series called The Bionic Women – my goal in life, at that time, was to gain the skills necessary to build the bionic women. I figured that I had to acquire combined skill sets in engineering and computer science in order to accomplish that goal. With respect to AI, I became interested in AI after my junior year in college, when I was required to design my first neural network during my third NASA summer internship in 1992. I quickly saw that, if I could combine the power of AI with Robotics – I could enable the ambitious dreams of my youth.”

Dream big: the careers you can pursue with computer science

Main image, Strickland and Howard via Wikimedia; Jemison via Flickr