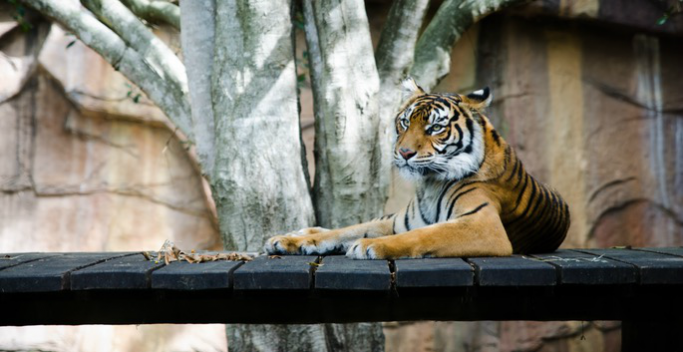 Being a zookeeper is a brilliant career that’s perfect if you want to spend your days surrounded by furry friends and four-legged creatures. But working with animals is also a demanding, tiring job where you’ll work long hours with usually very low pay.

In this guide we’ll fill you in on how to become a zookeeper, and explore:

What does a zookeeper actually do?

Zookeepers look after all sorts of animals in zoos (fairly self-explanatory, right?). They’re responsible for the health, safety and welfare of animals. They also work in safari parks, aquariums and sometimes even in the wild. Everything from tigers and giraffes to birds and fish would come under a zookeeper’s care.

Zookeepers tend to work in one area of the zoo, or specialise in a particular kind of animal.

Check out a day in the life of a zookeeper:

The day-to-day tasks of a zookeeper include:

The job is physically tough and you’ll work outside in all weather.

How much does a zookeeper earn?

What skills would I need?

You need to love working with animals, of course. But what other qualities and skills would you need to become a zookeeper? Here’s a handful…

What qualifications do I need to be a zookeeper?

You will typically need at least 5 GCSEs at grade 4 or above, including English, maths and science.

Some zoos will require A-levels and a higher education qualification in animal care or animal science. This could be a degree at university, for example Bsc in Zoology, or the diploma in the Management of Zoo and Aquarium Animals.

Read about all the different qualifications available.

How to get a job as a zookeeper

You can get a job as a zookeeper by starting out as an apprentice. There’s an advanced level apprenticeship which allows you to train as a zookeeper, gaining skills and experience while earning a salary at the same time. You’ll learn how to feed and water animals, check their health and maintain a clean, safe working environment. You would work towards the Level 3 Work-based Diploma in Animal Care. Look for apprenticeships here.

You can use the British & Irish Association of Zoos & Aquariums website to search for jobs.

Doing work experience or volunteering at a zoo or safari park is a great way to give yourself the edge when it comes to applying for jobs. You could also get experience working with animals at a farm, kennels, sanctuary or riding stables. There are work-based learning placements for students at Colchester Zoo.

Now you know how to become a zookeeper. Check out these other jobs working with animals.