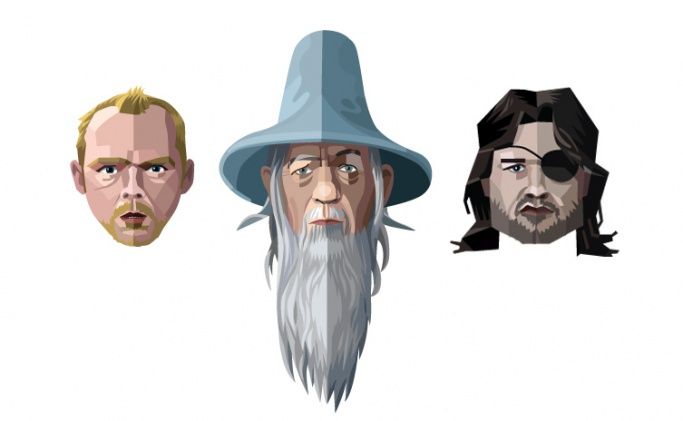 If you’re a fan of the occasional comic strip or graphic novel, you probably already know about the wonders of illustration. From children’s books to advertising campaigns, illustrators can use their drawing and artistic skills in a wide variety of industries. This includes the internet…

We caught up with creator of The Adventures of Business Cat, Tom Fonder, to ask him all about what it’s like to be an illustrator/web-comic artist…

What is your job:  Freelance Illustrator and Web-Comic Artist

How long have you worked here / been doing this job?

What was your very first job?

My very first job was working as a Kennel Hand at a Veterinary Clinic.

What did you want to do when you were at school?

I wanted to be an actor. I went to a Performing Arts high school and it was almost expected of everyone in the drama programme to go into acting. Towards the end this evolved into wanting to be a Film Director.

What made you want to get into Illustration/Webcomics?

I never really wanted to ‘get into illustration’ specifically as a job. I’ve always loved drawing and have been doing it for as long as I can remember. It was only until I started my web-comic that I realised this could be something I could do to make a living.

When it comes to the comics side of thing, I cut my teeth on Calvin and Hobbes when I was a kid and was addicted to the comics section of the newspaper. I think it was a mixture of that and wanting to make people laugh that pushed me towards creating a web-comic.

How did you get there?

I’ve always been a drawer so I had those skills under my belt from an early age. In high school, a friend and I came up with an idea for a comic strip and I started drawing it. Years later, I created a website for the comic and as it became more and more popular, I started to get commissions for freelance illustration work. After doing it on the side for a while, my comic was popular enough for me to focus on it full-time.

The first thing I do is check my emails and the comments section of my website. After replying to emails/comments I start to plan for the next comic strip. This usually involves a lot of brainstorming and sketching on a note-pad. Once I know the general outline, I’ll start drawing things out on my tablet.  When I’m done, I load everything up to my website, post it to social media and I’m done. Then I can start focusing on any of the freelance illustration work I might have for the rest of the week.

What’s the best thing about your job?

I can work from home, choose my own hours and be my own boss. I also get to make people laugh.

What is the most challenging thing about it?

Motivation and inspiration. People think that artists have this built-in ability to just ‘work’. That’s not true at all. One of the hardest parts is actually coming up with ideas in the first place.

What advice do you have for people who want to do what you do?

Just keep drawing. Seriously. There is nothing that can improve you more as an illustrator than just…drawing. Even if you don’t think you’re good at it – keep doing it. You can only improve. If you’re serious about doing this as a profession, don’t turn down the occasional ‘family friend wants you to draw their dog’ commission. This can be used for your portfolio later on.

If you want to go digital – which you kind of need to do these days – teach yourself. Don’t wait for college or uni to learn how to use programmes like photoshop or illustrator.  Save up for a tablet or the Adobe Suite (or use free-to-use programmes) and get started. There are plenty of free online tutorials that can teach you the basics.

Also, be vigilant about getting paid freelance work. Don’t just sit around waiting for it to come to you – ask around. And only do something for free (or as they say ‘for exposure’) a couple of times when you start out. You deserve to be paid for your talent.

What things do you wish you’d known before starting this job?

How much emailing is involved...

This is a bit awkward because I honestly don’t know. I’d like to continue my web-comics and freelance work but I would also like to go into Filmmaking (since my degree is in Film and Video). At the moment I’m at a bit of a crossroads, but the good thing about careers is that they don’t have to be set in stone. I like illustrating but who knows where I’ll be in the future.