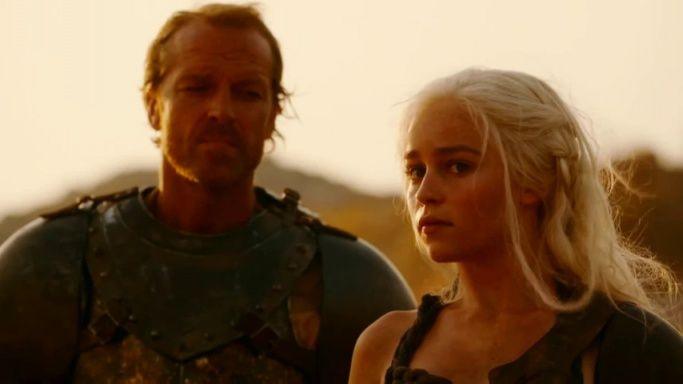 It’s pretty dangerous being a character in Game of Thrones.

And, what with that pack of White Walkers coming down from the North and that queen with the dragons flying in from the East, there’s more to be scared of in season five than ever.

Whilst we wouldn’t recommend trying out many of the jobs portrayed in the series… there is some interesting stuff going on behind the scenes with the series crew.

Here are five fascinating and totally non-grizzly jobs from Game of Thrones.

The dragons might not be real, but there are still some proper animals used on set. Animal wranglers train up animals to perform on film or on the stage. They teach them the tricks and stunts they need to do and keep them calm on set. We also spotted a horse master and a bear trainer on the crew list, which sounds cool…

Game of Thrones has been filmed on locations in Malta, Croatia, Morocco, Scotland and Northern Ireland. And the settings aren’t all achieved through special effects, location managers spent a lot of time before filming scouting out the perfect boggy / desert location. Not only do they have to track down the location, they have to negotiate with the owners and authorities to film, make sure the crew can access it and make sure that the Black Watch haven’t left it in a state after filming.

Game of Thrones introduced several new made up languages to the world - Dothraki, High Valryrian, Ashai'i and Skroth. Now you might think it’s just a load of random sounds, but all these languages have their own grammar structure and a proper list of vocabulary. Film languages are normally created by linguists, who study the structure of language and the way it develops. There's more call for them than you think too; Star trek, Lord of the Rings, Thor and Avatar all contain made up languages.

Oh my, there are a lot of battles and generally gruesome things going on in Game of Thrones aren't there... This is great news for prosthetics artists and special makeup effects artists though, who produce wounds, sores, fake arms, feet and heads galore out of silicon, plastics, rubber and other specialist materials. It’s a creative but also a technical role, as artists have to make sure prosthetics are durable and flexible as well as looking authentic.

Most films and TV shows are shot out of sequence. This means that they don’t always film every part of a scene at the same time or according to what comes next in the script. A script supervisor keeps an eagle eye on filming and makes sure that scenes will still make sense, or have continuity, when they are shot from different angles and edited together. They check that dialogue, costume, props and sets all remain the same and make detailed notes as they go. If you enjoy pointing out all the continuity errors in films, then this could be the job for you!