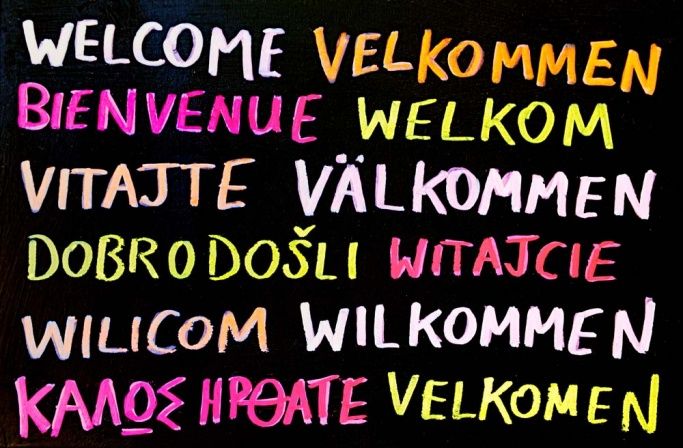 Studying a language beyond GCSE can really open up your career options, because there are plenty of jobs that need foreign languages.

If you are able to speak a foreign language, it will increase your chances of finding work abroad, whatever job you want to do. Back home, plenty of employers are keen to track down candidates who can speak foreign languages, whether they are a tech company working with big clients abroad, or a charity providing support to vulnerable people who might not speak English as their first language.

Most big companies have offices in more than one place too. For example Google has 70 offices all over the world – from Bogota to Beijing, so being able to speak a second language could increase your chances of getting hired and moving up within a company, even if it’s not the main part of the job.

According to the Department for Education, there is a shortage of language teachers in schools and there are big bursaries available for people who want to train up to teach some of the priority modern languages, including French, German and Spanish.

Understanding another language can also help you teach English as a foreign language and to teach or tutor in schools and other institutions outside the UK.

Find out more about how to become a teacher in our education career zone.

Jobs that need foreign languages include linguists. They are scientists who study human language, including how we develop speech, understanding and patterns of communication in different cultures.

Linguists work in all kinds of fields, from academic research - studying and preserving languages that are dying out, to tech companies - developing voice recognition technologies and artificial intelligence.

Fancy working as a foreign correspondent, covering international sports events or interviewing foreign politicians? Being able to speak another language fluently will give you the chance to track down even more great stories and travel with your work.

Learn more about launching a career as a journalist by doing an apprenticeship.

Translators and interpreters are fluent in at least two languages. Translators convert recorded or written materials into another language whereas interpreters do the same with live conversations, helping people who don’t share a language to understand one other.

Just like linguists, translators and interpreters are needed everywhere, from politics to business, healthcare, media and careers in social services.

International law firms can have offices all over the world and will always value candidates with a second or third language. Some may even specify what languages they look for in job ads.

On the other hand, if you want to specialise in international law (law that extends beyond the UK, like human rights, environmental and trade laws), speaking another language is crucial. The United Nations, for example, has six official languages which they use in meetings and official documents – Arabic, Chinese, English, French, Russian and Spanish.

Find out more about law jobs in our law career zone.

Foreign language jobs include fashion retailers, who can distribute their products all over the world. Normally their clothes and goods will be made in factories outside of the UK too, so buyers and distributors for big brands will often have to deal with people internationally. Just think too, two of the biggest global fashion events are in Paris and Milan, so having a bit of French or Italian handy can work wonders, whatever your fashion job.

Working for an international charity will often give you the opportunity to go out into the field abroad and work directly with communities, so is one of many jobs that need foreign languages. Even if you are based in the UK, you will normally have to speak with people in local country offices over the phone, so having a second language can be crucial to getting the job done.