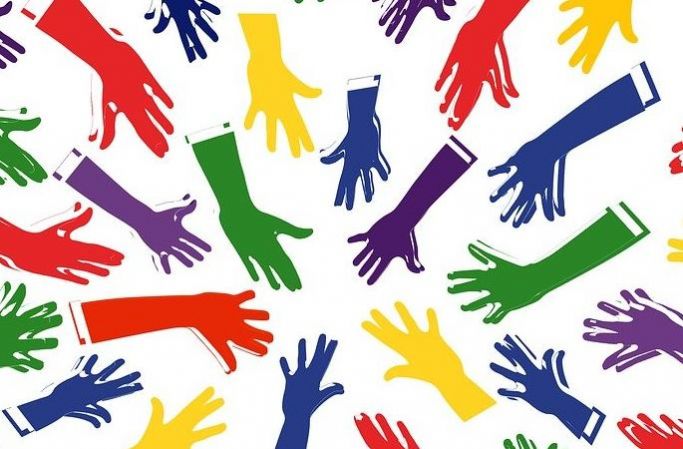 Did you know that the law protects you from being discriminated against under the Equality Act 2010? Read on to find out how this affects you and which characteristics are protected.

'The Equality Act protects you from being discriminated against and applies to lots of different settings, such as at work, school and in shops and restaurants'

What is the equality act?

The Equality Act 2010 is a law that protects you from being discriminated against. Under the Equality Act, there are nine protected characteristics - as you might have guessed, these are things that the equality act makes it illegal for someone to discriminate against you for.

While we’ll be looking at the Equality Act in relation to the workplace, this law actually applies to lots of different environments, such as:

Under the Equality Act, there are also four different types of discrimination. These are:

This is when you are treated worse than another person or group of people because you have a protected characteristic.

This is when an organisation puts a policy or rule in place that applies to everyone, but places someone with a protected characteristic at a disadvantage.

This is when someone treats you in a humiliating, offensive or degrading way.

What are the protected characteristics?

Whether you already have a job, or are about to enter the world of work, it is a good idea to understand what the nine protected characteristics are, so that you are able to recognise if yourself or a colleague is being discriminated against. These are:

You must not be discriminated against because of your age, or your perceived age.

Example: At work, you have been working really hard towards a promotion and have been receiving great feedback. However, your boss gives the promotion to someone else because even though you are a great employee, you are “too young”.

You must not be discriminated against if you have a disability, or have had one previously.

Example: You go to a job interview and tell the employer that you have a disability. Even though you are a great match for the role, they offer the job to someone else as they assume you will need lots of time off work due to your disability.

You must not be discriminated against because your gender identity is different from the sex you were assigned to at birth.

Example: You go to a job interview and currently identify with a different gender identity to the one you were assigned at birth, now using she/her pronouns. Despite being qualified for the job and having more experience than the other candidates, you are not offered the job because of this.

You must not be discriminated against because you are married or are in a civil partnership.

Example: You have just joined a new company and were attracted to the role because the job description said that there would be opportunities for international travel. However, you notice that your employer only puts forward unmarried employees for these opportunities, as they assume that single people have more time and less commitments at home.

You must not be discriminated against if you are pregnant, breastfeeding or have recently given birth.

Example: Your company has had a bad year and has to make cuts to its staff numbers. When choosing who will lose their jobs, your employer singles out pregnant employees as “they will be going on maternity leave soon anyway”.

You must not be discriminated against because of your race. Under the equality act, race includes the colour of your skin, nationality or ethnic origin.

Example: You work in a job that requires you to work shifts. You request overtime to boost your pay this month, but your manager refuses to give it to you because they don’t like people of your race.

You must not be discriminated against because of your religion or beliefs.

Example: You are a devoted christian and are the only religious person on your team. You regularly have colleagues making rude comments about your religion and notice that you are also excluded from social activities.

You must not be discriminated against because of your sex.

Example: Your employer refuses to promote female employees to management roles, because they believe women will take more time off to start families.

You must not be discriminated against because you are heterosexual, gay, lesbian or bisexual.

Example: You are gay and are overheard taking about your partner at lunchtime. Your employer then calls you into a meeting, telling you that you will be fired because of this.

We hope that you never experience discrimination in the workplace, but now that you are aware of the nine protected characteristics, hopefully you feel armed with the knowledge to recognise if you or someone else is being discriminated against.

If you want to find out how to deal with disputes at work and who to go to for help, have a read of this handy guide.