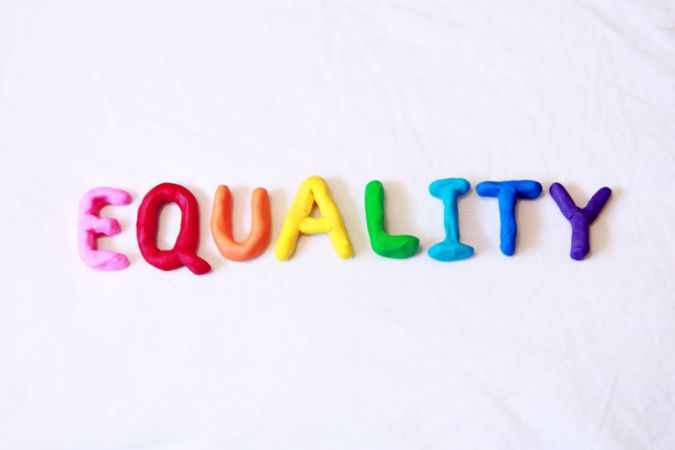 Gender inequality at work has perhaps most starkly come to light in the form of the gender pay gap, which has been a major news story over the last few years. Gender stereotypes are also a big problem at work, creating barriers to girls’ entry into certain industries.

Gender stereotypes can also hold boys back from pursuing careers paths that might be right for them. For example, there is still stigma attached to boys entering certain professions, in particular nursing.

These stereotypes not only hold our children back, they perpetuate gender inequality in society and mean that many industries miss out from perspectives, attributes and talents they would otherwise benefit from.

The construction industry is made up of jobs covering the construction of buildings, civil engineering and tradespeople who carry out the technical work of creating homes, offices, public buildings and other structures.

According to the government’s latest statistics, about 88% of workers in this industry are men.

In 2019, the Chartered Institute of Builders (CIOB) published a report into the need to achieve a more even gender balance in the industry. The report covered what the professions are already doing to address this and what more could be done in future. Women only account for 7% of the CIOB’s membership.

A survey by RICS (Royal Institute of Chartered Surveyors) suggested that one thing putting women off entering the industry is the fear of experiencing sexism. Roofing Today reported on a survey which suggested that the construction industry attracts the third-highest level of unwanted sexual attention, including causal sexism and patronising attitudes.

Women aren’t always well-accommodated within the industry, with research by Unite the Union finding that on one in five construction sites, women share toilets with men.

Housebuilder Redrow found that 40% of boys received careers advice on careers within the sector compared with 29% of girls.

However the industry is responding to this:

One way you can support your daughter is to encourage them to apply for an apprenticeship in the construction industry on the government’s Find an Apprenticeship tool.

Transport and storage is a large industry made up of passenger and freight rail, water transport (boats and ships) and air travel. It also includes warehouses and the postal service.

About 81% of workers in the industry are men.

The government and industry want to tackle this. In 2016, the government announced 30,000 new apprenticeships in rail and road and required targets on greater gender equality to be written into contracts. Network Rail’s 20:20 scheme seeks to ensure that 20% of their workforce is female by the end of 2020, while South Eastern want to make sure 40% of their train drivers are women by the end of 2021.

Women in Rail offer support to girls interested in pursuing a career in rail. Their events page lists careers events they are running in combination with rail companies. Their mentoring scheme offers one-to-one support to young women who want to pursue a career in the sector.

This industry covers the mining of minerals and ores, the extraction of oil and gas, energy supply (gas, steam, electricity supply), sewerage, the collection, treatment and supply of water and the collection and processing of rubbish.

76% of workers in this industry are men.

EU Skills found that 80% of the water workforce is male. Although Northumbrian Water, Severn Trent, NI Water and Affinity Water all have female CEOs, women working across the industry do not generally have management roles and are often in supporting functions such as HR or legal.

Similarly, energy companies are failing to appoint women to senior roles, with just 6% of executive board seats filled by women, and 42% of major energy firms have no women on their boards at all. Catherine Mitchell, a professor of energy policy at the University of Exeter, recently said that this is holding back the sector’s efforts to tackle climate change. Professor Mitchell noted that traditional, fossil fuel parts of the sector are more male-dominated than greener, innovative companies.

There are several initiatives to boost the number of women across this industry. The Future Water Association has set up Young Water Dragons, a competition for people aged between 11 and 16 interested in STEM subjects. The first-ever prize was won in 2016 by a team of girls from Guildford.

A study conducted by the US-based Women in Manufacturing found that over two-thirds of women surveyed would not consider manufacturing as a career path – and this stigma appears to apply in the UK too. Leading figures in the industry say that manufacturing has an image problem. The industry is seen as male-dominated which is off-putting to girls – creating a self-fulfilling prophecy.

This lack of diversity creates problems for the industry too, according to Susan Scurlock, chief and founder of Primary Engineer: “Companies are missing out on the qualities that females can bring to the industry: the diversity of thought, the way they approach problems and the different dynamic they can bring to a team”

The government is trying to address this. 2018 was the Year of Engineering, and many resources from that campaign are still available to access on the government’s Engineering website. You can also find resources on the Tomorrow’s Engineers site. The WISE campaign is another initiative to help employers boost the number of women working across STEM-based roles.

This industry covers crop and animal production, hunting, forestry and logging and the farming of fish.

Men outnumber women in this industry although in certain professions – such as animal care – there are more women than men. According to official statistics, the number of active in farming is on the increase, rising by about 7% over the last decade to around one third of the farming workforce. The number of women running farms is increasing too

Women in farming are upbeat about their careers. Farmers Weekly ran a survey of 2,000 participants of whom 59% said they felt agriculture offered the same or better opportunities than other industries.

Girls wanting to begin a career in agriculture should read this article from the BBC website which focuses on three female farmers and what inspired them to go into their career paths.

Search the government’s Find An Apprenticeship site to view the many farming apprenticeships on offer.

These are the 5 industries with the highest proportion of female workers:

You can create career opportunities for your daughter – and son – by tackling gender stereotypes at home.

Research shows that from the age of about one, children become sensitive to gender categories that they perceive around them. At this point, they want to be like the group they consider themselves as belonging to and are better able to remember information relevant to that group. They become more interested in activities associated with their own gender and have a preference for people of their own gender. Children can also begin to accept gender stereotypes based on what they see around them.

Parents are hugely influential on children and there are ways that they can actively challenge gender stereotypes. These include:

Have a look at these two really good reports for more background and ideas:

Just like a child: Respect gender equality in the early years (by Scottish charity Zero Tolerance, page 14 for practical activities)

Images: Construction by WorldSkills UK via Flickr, transport and agriculture via Geograph, energy by Birmingham City Council via Flickr