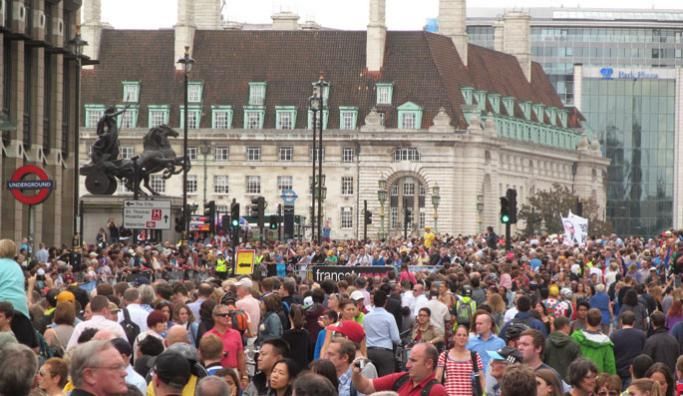 So in this guide we’re taking a look at careers in anthropology, and how to become an anthropologist.

'From predicting the future of tech to understanding new religions, there's a lot more to being an anthropologist than bones and fossils. Find out if it's the career for you'

In a nutshell, anthropology is the study of humans – how we evolved, how we behave, and how we communicate with each other. Anthropology involves both:

Anthropology is about everything that makes us human, from our everyday rituals to special ceremonies. That could mean investigating a modern religion in America, or it could be examining fossils in Africa (that’s right, fossils are involved from time to time!).

So what are anthropologists then? What do they do?

Anthropologists are scientists who research and study human societies from lots of different perspectives. They could be looking at historical, linguistic (that’s to do with languages) or biological aspects. They ask questions like:

So whether it’s studying an ancient language or exploring modern marriage rituals, the overall goal is to grow our understanding of our societies and behaviours.

Anthropologists come up with theories based on their research, and those theories are applied to different parts of our world. For example governments could use them to make decisions about education.

Because they ask such big, wide-ranging questions, the everyday tasks of an anthropologist varies quite a lot! But here’s a handful of example duties…

Important note: here in the UK, archeology and anthropology are thought of as two separate things (archeology is concerned only with people and cultures in the past).

A very small number of anthropologists work as lecturers or researches in an academic setting. The majority of them work in other Career Zones like business, charities, international development, medicine and healthcare. Lean more about the career paths of anthropologists on the Discover Anthropology website.

In this video, the chief anthropologist at Intel explains the role of anthropology in understanding the future of tech:

What skills do you need for careers in anthropology?

Here are a handful of the skills and qualities you’ll need:

How to become an anthropologist…

To pursue this career, you’ll need a degree in anthropology. Most universities don’t require you to have done specific A-levels, but it’s worth checking the specific course you’re interested in. If the degree has courses in forensics or biological anthropology for instance, then you may need an A-level in biology. It’s a challenging and popular subject to study at university, so you’ll usually need good A-level grades.

As we mentioned above, only a very small number of graduates become official anthropologists in a research or academic setting. Most of them use the skills and knowledge they gained on the degree to work in different roles and areas. These include:

Many graduates also go on to do further study, for example a Master’s or PhD.

Of the anthropology graduates who left uni in 2008, just over half had a job after six months. This included roles in advertising and sales (8%), business and finance (6%) and public or private sector management (12%). Some were working in catering (15%) or in administrative roles (20%) – so it’s important to remember graduate jobs can be tough to find and get.

Volunteering or work experience are great ways to both gain skills in the field, as well as get a better idea of whether anthropology is the career for you.

If you like the sound of anthropology, you could just be a born researcher. Check out our Science & Research Career Zone for more mind-expanding career possibilities.